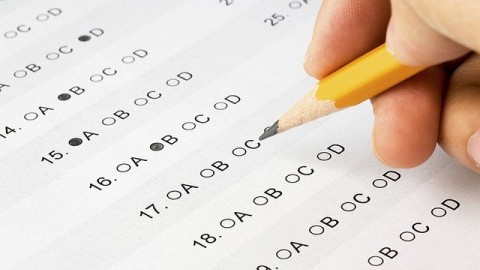 From March 22 to April 12, Massachusetts students in grades varying three through ten are locked in their respective testing rooms for up to three hours per day, slaving away on exams that most of us have struggled through: the Massachusetts Comprehensive Assessment System, better known as MCAS. This tedious and often confusing test forces students to stare at old texts and decipher the author’s intentions and struggle through various math problems. Massachusetts is not alone in this respect. Every year, students across America will be taking a battery of standardized tests, from Partnership for Assessment of Readiness for College and Careers to Advanced Placement exams, to a slew of other college and state-specific assessments.

When students graduate high school they will, on average, have taken around 112 standardized tests between Pre-K and 12th grade according to a 2015 study by the Council of the Great City Schools. The sheer amount of mind-numbing tests that students take is unfair to both the students and teachers, the latter of whom are forced to prepare students for the exams, and usually rely on standardized testing results for their pay. While the teachers have it bad, it seems as if the students have it worse. In Massachusetts, students who fail the 10th grade MCAS exam cannot graduate until they pass the exam. I myself was required to take an MCAS prep course after class in 10th grade because I did so poorly on the MCAS in 9th grade, despite having above average grades in school. This intense focus on an exam that colleges will never see and don’t care about is ludicrous, especially when it stresses out the students that take it and has no bearing on our future.

As bad as state exams are, they pale in comparison to the dreadful effects of college entrance exams such as the SAT and ACT. The bane of every hopeful college student, these monumental exams can make or break entrance into a lot of top schools. High school classmates of mine have been denied entrance into universities because of their scores, despite having incredible grades and stellar extracurricular activities.

One of the biggest problems with the SAT in particular is that it is not just knowing the material on the test but also about knowing how to take the exam. Knowing when to answer, when to not, gambling on whether your guess is adequate enough to justify potentially losing one quarter of a point. Tests should be about making sure you understand the material, not playing a game.

I know personally I was furious when I learned that the SAT wanted to see if I was as good at mental chess as I was at math and English. My college future is not a game, and for the SAT to treat it as such was, in all honesty, insulting. Luckily, I’m not the only one who has realized the absurdity of the exam. One of the colleges in the Five College Consortium, Hampshire College, has removed exam scores from their application process, and across the country up to 25 percent of all colleges are making standardized tests optional. This is a step in the right direction, but this still leaves those in grade school and high school in the dust.

As the year drags on, teachers and students are still being forced to spend countless hours preparing to take these awful exams instead of learning the material in their classes. I know that I would much rather be focusing on learning historical facts than slaving away on practice MCAS exams, or memorizing the scientific method as opposed to memorizing the rules for the PARCC test. The goal of standardized testing makes it seem as if we are ensuring students are getting the proper education, but instead it appears as if all we are doing is wasting both the students and the teachers’ time.