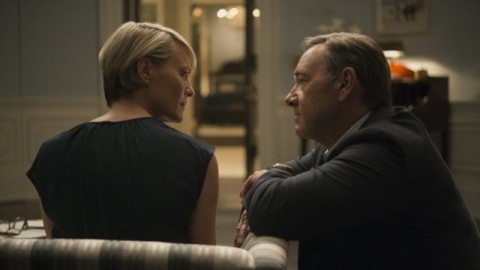 Following the release of the latest season of Netflix’s House of Cards, UMass Chancellor Kumble Subbaswamy reported a noticeable change in his daily habits to the Morning Wood. Subbaswamy complained of a sudden profound desire to maintain his position of power, crushing anybody who comes between him and Whitmore Office.

“I’m a big fan of Netflix shows,” he said in front of his office portrait, “and this latest season of House of Cards is the best one yet. I’m particularly sympathetic to Frank Underwood and the struggle to keep his power.”

Subbaswamy’s family reportedly left him alone for the entirety of spring break, during which he completed watching the new season over the course of 12 straight hours.

“Some of us are simply wolves,” he continued in an odd southern drawl while carelessly extinguishing his cigarette. “The path to power is long, paved not with golden cobblestones but with the skins of sheep.”

Subbaswamy then turned aside and began narrating to the security camera, which sources confirm was turned off at the time.

Subbaswamy then turned back toward reporters with some personal anecdotes, explaining in detail his ingenious plan used to force the resignation of his predecessor Robert C. Holub.

“And don’t even get me started on William Bulger (UMass president 1996-2003). I sure played the long con with that one,” he excitedly proclaimed.

He continued reminiscing until he was reminded by his secretary that he had an appointment concerning an upcoming education bill.

Knocking twice on the office table, Subbaswammy departed, thanking Morning Wood reporters for facilitating such a “productive and therapeutic” venting session. Eyewitnesses report he was last seen in a hoodie, hiding and glancing around furtively near the Haigis Mall bus stop.

Edworth D’Souzington is a professional monocle manufacturer and umbrella inspector.