The journey to becoming a sports writer 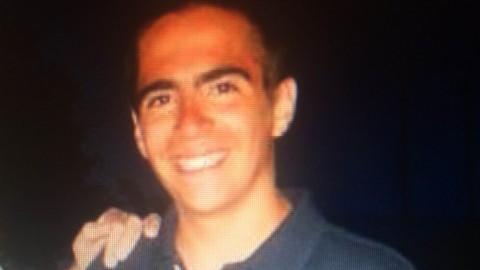 If someone walked up to me four years ago and told me I would become a sports journalist, I probably would have laughed in their face.

I wasn’t supposed to be a journalist. I wasn’t even supposed to spend my college days at the University of Massachusetts.

Yet here I am, sitting at my desk writing one last column for the Massachusetts Daily Collegian after four years of hard work and dedication to making the sports section the best it could be.

And I couldn’t be happier.

The time I spent down at the Collegian newsroom and out covering various sports were some of the best times I had here at UMass, meeting new people and creating friendships that will last beyond the day I finally pack my bags and head back to New Jersey.

I still remember the first sports meeting I went to my freshman year and the first assignment I was given. It wasn’t the most glamorous story, but the satisfaction that came with seeing “By Jason Kates, Collegian Staff” in the paper the next day is something I still feel today.

Whenever I hear the cliché “you gotta start somewhere”, I always look back to that article and where I’m at now. I started writing little 600-word notebooks on teams that weren’t even UMass, and these past two years I spent covering some of the most popular sports on this campus and becoming an Assistant Sports Editor after applying for a third time.

Sure, I may have gone about three months without covering a single Minutemen victory this year (November 7 to February 20, to be exact), but the experiences I shared with my fellow beat partners covering those games were the moments I’ll remember more than anything else.

I’ll never forget the adrenaline rush that came to me last year at 1:25 a.m. when UMass had just won the longest collegiate hockey game in history and I realized I would be the one that got to write about an historic event.

That is just one of many memories that make me proud of the decision I made three years ago when I made my way down to the Collegian.

Before I began to write this column, I asked myself “how would I describe the Collegian to someone who isn’t familiar with it?” I’d start by saying it’s old, the computers often don’t work, and it’s tucked away in the basement of the Campus Center.

But it’s also one of the only places on campus where I feet at home, surrounded by other students that have the same goals as me. Being a part of such a close-knit group and knowing what I’m doing is serving other people is what makes the Collegian such an appealing place to be. Besides, where else would you hear conversations about whether you eat macaroni and cheese with a fork or spoon? (The correct answer is fork, obviously.)

With my time at the Collegian coming to a close, there are a few people I’d like to thank for making my time as a journalist at UMass unforgettable. First, thank you to all of the Sports Information Directors that helped me along the way. I know I was probably annoying with the constant requests, but you all made my job and every other writer’s job a lot easier. Next, thank you to all of the current members of the Collegian staff, especially the sports section. Every section of the paper is amazing, and the pride I take when telling people I write for the one of the largest daily college newspapers in New England is a great feeling. Finally, a special thank you to my parents. For the last four years, they’ve been sharing almost every article I’ve written on Facebook, and have never stopped encouraging me.

“Always leave a place better than you found it” is a cliché I’ve heard a lot, and I’d like to think I’m leaving the Collegian better than I found it.

Thanks for four great years, Collegian. Just don’t ask me to come up with any more skyboxes.