Why the Kardashians deserve respect 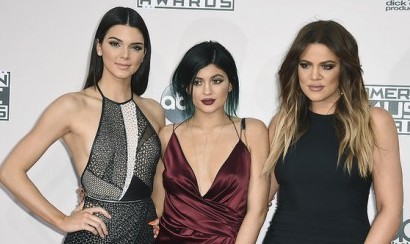 Everyone has that one contrarian view, and mine happens to be that I love and respect the Kardashians.

Kardashian mania started after the release of Kim Kardashian’s sex tape, and no one has let it go since. The family also garnered fame from their late father Robert Kardashian, one of O.J. Simpson’s attorneys. Their TV show “Keeping Up with the Kardashians” premiered in 2007 and no one has stopped talking about them since. If you ask any college student, they either love or hate the Kardashians: there is no in-between. I happen to be a person who loves them.

I have often been criticized for enjoying their show, which is sometimes described as mindless or something that causes one to lose brain cells. The show is not only entertaining, but it also has messages for the viewer. The show may not prompt the viewer to think (that is not the goal of reality television), but it gives me an hour-break to not think about anything. Although very much scripted and structured, the show allows me to laugh and take a break from my own life by watching the dramatic life of the Kardashians. That being said, their dramatic life can also be relatable.

Yes, we see them constantly fighting about the most miniscule things that only affluent people would argue about. Yes, most of the show is taken up with unnecessary drama, but the themes of body confidence and beauty are prominent as well. We see them going through hard points in their lives, as well as succeeding. Kendall and Kylie are teen girls growing up in front of the camera, so we see the twists and turns of growing up through them. We see Kim overcome addiction and yes, we see Khloe go to jail for her DUI’s. But we also see Khloe overcoming body criticism and Kourtney ultimately leaving a toxic relationship. We see Kendall trying to establish herself as a model, and Kris struggling during and after her divorce. Every Kardashian woman should be respected for not only working hard, but also for succeeding in their ventures.

Like it or not, they do have an influence. For example, Kim and Khloe have become role models for women who are not the traditional size zero that commercial media favors. They embrace their Armenian roots and their bodies in a way that is not seen in traditional media. Yes, Kim pushes the envelope, but she knows that is what has made her and her family successful, with a net worth of over $300 million.

Many people think that the Kardashians have no talent or should not be famous. I would disagree that they do not have talent. We should admire all of the Kardashian women for being strong, independent businesswomen. They are skilled in creating platforms to make money, such as apps, clothing and makeup lines. They are able to garner the focus of American media in an unprecedented way. For example, Kylie Jenner has made millions off of her lip kit and her clothing line with Kendall. Kendall has scored huge campaigns for fashion companies. Their boutique, Dash, has locations all over the world. They know how to create buzz in the media, and take advantage of social media platforms such as Instagram and Snapchat. They know what sells and I admire them for that. The Kardashians have taken the opportunity to make a name for themselves by working hard – not by having everything handed to them – and they have very well succeeded.

With that being said, do I think that teen girls should be like Kylie Jenner and date someone eight years older? No. Do I think girls should rush into marriages like most of the Kardashian girls did? No. Their lives are not that of normal people. They do not work in a traditional setting, nor do they live traditional lives. But that does not mean they are not successful or worthy of respect. Viewers of the show know that it is scripted, but they love them nonetheless.

Overall, I am not ashamed to support the Kardashians and respect them for their business achievements. They may not be the ideal role model and they aren’t trying to be. They are around to make a statement, to entertain and to market themselves. It’s their job. And I can’t hate them for that.

Emilia Beuger is a Collegian columnist. She can be reached at [email protected]