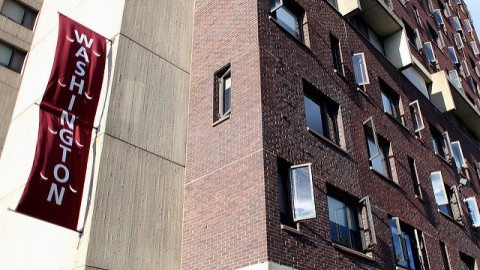 Three masked men attempted to enter and rob rooms on multiple floors in the University of Massachusetts’ Washington Residential Building around 4 a.m. on May 1. Two men were taken into custody after initially resisting, said Ed Blaguszewski, the director of the Office of News and Media Relations at UMass. Both arrests were of UMass students, but the UMass Police Department believes the third, who remains at large, is not a UMass student.

The arrested men’s charges included two counts of armed burglary each, larceny under $250, disorderly conduct, disturbing the peace, resisting police officers making a lawful arrest, and assault and battery on a police officer.

The arrested men each had a knife, but the crime alert said that no one was physically harmed or threatened during the burglary.

Both arrested men were released earlier today on $2,000 bail. They are scheduled to be arraigned in Belchertown on Monday morning.

The third man is “believed to be a white male, thin build, dark hair wearing a grey/blue hooded sweatshirt,” according to a crime alert emailed to the UMass student body and posted by the UMass Police Department at 9:40 am.

The crime alert included a picture taken from a Washington Hall elevator surveillance camera that shows the third suspect, who has not yet been apprehended.

UMPD Officer Jason Minich is currently investigating this crime. UMPD asked in the crime alert that anyone with potentially useful information about the burglary call them at 413-545-2121 or send an email to Minich.