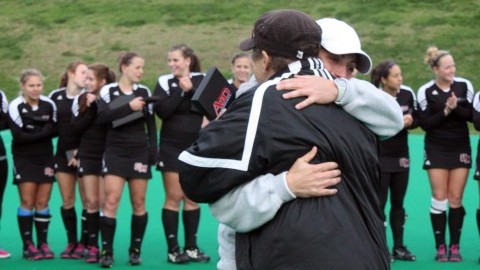 The past 15 months have been a whirlwind for the Massachusetts athletic department and its coaching staff. Both administration and coaches alike have seen position changes, and on Tuesday another member of the coaching staff left the program.

Her best season with the Minutewomen came in 2013 when they finished with a 19-5 record, and reached the Elite Eight before falling to Duke 4-1.

Tagliente joins the Tigers in place of former coach Kristen Holmes-Winn, who spent 14 seasons with the team. Princeton finished 2015 with a 11-7 (7-0 Ivy League) and advanced to the second round of the NCAA tournament.

No replacement coach has been named for UMass.