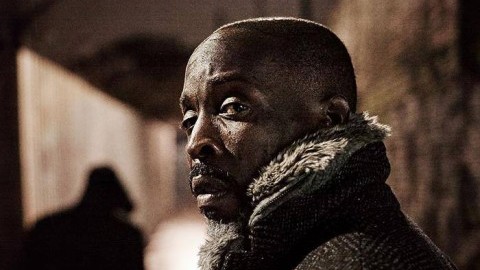 “Black Market with Michael K. Williams,” featured on Viceland, offers viewers a critical perspective into the world of illicit trade as a means of outlining the roots of destructive behavior within society. It excels at providing more scope to topics in comparison to shows of similar style like “Drugs, Inc.” or “Gangland” because the host asks the all-important question: Why do certain people engage in criminal activity, even if they know their behavior could negatively affect others?

To answer the question, Williams focuses on understanding people’s interactions with their environment, local laws or culture to track issues more deeply. And to do this, he relies on verbal testimonies from people involved in illicit trade rather than statistics.

Some may be skeptical of Williams’ approach to gaining information, suggesting that the credibility of the interviews cannot be verified. But such an outlook ignores Williams’ efforts to humanize the people involved in illicit trade, who resort to it because of many interacting sociological factors. So even if the interviewees were actors, “Black Market” could still accomplish its goal by lending a new way to approach the conversation in regard to criminal activity.

Williams interviewed a middle-aged community member who admitted to stealing cars when he was younger. According to him, a lack of recreational opportunities for the city’s youth created boredom and to supply a thrill, he and his friends learned how to hotwire a car so they could joyride the vehicle before abandoning it. Now that certainly seems like an extreme way to fill spare time, but without youth sports programs, which were cut from the city’s budget, it seems logical that children could fall into destructive habits.

The interviewee proceeded, saying that he and many of his friends’ behavior later intensified into carjacking, which involves forcefully removing drivers out of cars (often at gunpoint) then selling the stolen good.

Can we be sure the individual from “New Jersey Drive” got involved with violent crime because he didn’t play Little League baseball? No. But by personalizing the account and introducing the sociological element to the equation, through the suggestion that the development of society is not always perfect and people often resort to desperate means as a result of the imperfections, “Black Market” successfully encourages viewers to recognize that human behavior is shaped in response to a myriad of influences.

From government decisions or indecisions to physical environment to financial stability, each decision we make is the result of a lifetime of influences. Simply pointing to statistics, which have the unfortunate consequence of removing an individual’s history from the equation, is ineffective when discussing a topic like illicit trade. Thinking with the intention to understand why rather than by what means can help form real solutions toward reducing destructive behavior.

When there is a forest fire, no sensible firefighter concludes the incident was the fault of the trees. He or she would investigate recent weather patterns or look for signs of human activity. “Black Market” is worth watching because it reinforces the need to broaden our understanding of cause and effect.

Michael K. Williams noted in a reflection that none of the folks he’d spoken to about breaking the law felt happy about their behavior. Most, he says, act against the law because they feel it is a way to a better life.

Michael Agnello can be reached at [email protected]