Cybersecurity issues and the election 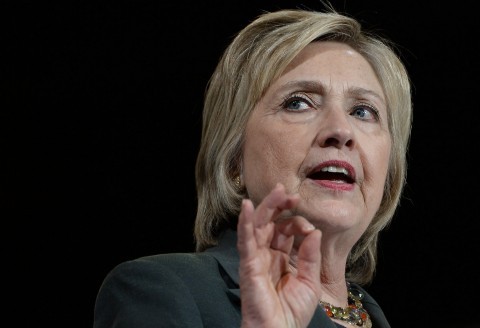 This past summer, the relatively ignored issue of cybersecurity has made big waves in the United States presidential election. The Democratic National Convention has been shaken up by the WikiLeaks scandal, which drew evidence towards the party establishment’s bias against Bernie Sanders and forced DNC chair Debbie Wasserman Schultz to resign. Donald Trump has also come under fire for his comments encouraging Russian hackers to break into Hillary Clinton’s email server. Julian Assange himself has promised to leak “significant” information about Clinton prior to the election. In an election that’s so fraught with cybersecurity scandals, it’s a wonder that the candidates are largely ignoring this issue in their platforms.

This might have something to do with the fact that the two major-party candidates hold positions on cybersecurity that the public finds unpalatable. In the aftermath of the San Bernadino shooting, Trump publicly rebuked Apple for refusing to help the Federal Bureau of Investigation compromise their customers’ privacy. Coming from a position favoring national security, he has called on tech industry leaders like Bill Gates to think about “closing the internet” to prevent the spread of terrorism. At a 2015 rally in South Carolina, he said, “Somebody will say, ‘Oh freedom of speech, freedom of speech.’ These are foolish people.” Liberals should rightfully be alarmed at Trump’s over-the-top rejection of ideals like privacy and the free and open exchange of ideas.

However, Clinton doesn’t seem much better in this regard. Described by many as a more hawkish Barack Obama, her vision for the country involves a more-or-less continuation of the existing National Security Agency domestic surveillance infrastructure. In 2001 and 2006, she voted for the USA PATRIOT Act, a law that the American Civil Liberties Union has criticized for drastically increasing the government’s domestic surveillance powers in the aftermath of 9/11. Most recently, she agreed with Trump and made comments about a possible “Manhattan-like project” that would allow the US government to crack into encrypted communications, an idea that Apple CEO Tim Cook has publicly criticized, saying that such an idea could make people’s private information vulnerable to hackers.

It’s safe to say that, no matter who wins this election, the real losers will be the Fourth Amendment and government transparency. In one of these rare cases, both parties find a way to reach across the aisle and strip rights from the average American. Barack Obama ran his 2008 campaign on the idea of creating a transparent administration; in return, he has created what is arguably the least transparent presidential administrations in recent memory. In contrast, it seems that the current mainstream candidates aren’t even interested in pretending to care. Both major third-party candidates, Libertarian Gov. Gary Johnson and Green Dr. Jill Stein, hold pro-privacy positions on encryption and domestic surveillance, but they’re both a far cry from realistically influencing public policy.

It’s somewhat ironic that both Trump and Clinton, who are generally not interested in protecting these types of civil liberties, both insist on exercising these rights for things that they wish to keep private. Trump has notoriously refused to release his tax returns, while Clinton has on several occasions refused to release her Wall Street speech transcripts. If political class isn’t going to stick up for the common person’s rights, then who will?

Interestingly enough, it seems that the strongest pushback against increased government intrusion into the tech industry has come from the tech industry itself. Companies like Google and Facebook have been heavily criticized for collecting user data and giving it to advertisers and governments, but other leaders in the tech industry are starting to push back. In an industry that relies on secure and exclusive access to information as part of its business model, any governmental effort to weaken this security is met with hostility. While Apple is the biggest company showing outright resistance to the idea of more governmental control, companies like Google and Microsoft have also challenged the idea of a surveillance state. There’s not much the ordinary citizen can do to change this trajectory in November, but with any luck, the tech industry will soon realize what it must do to protect its customers’ privacy.