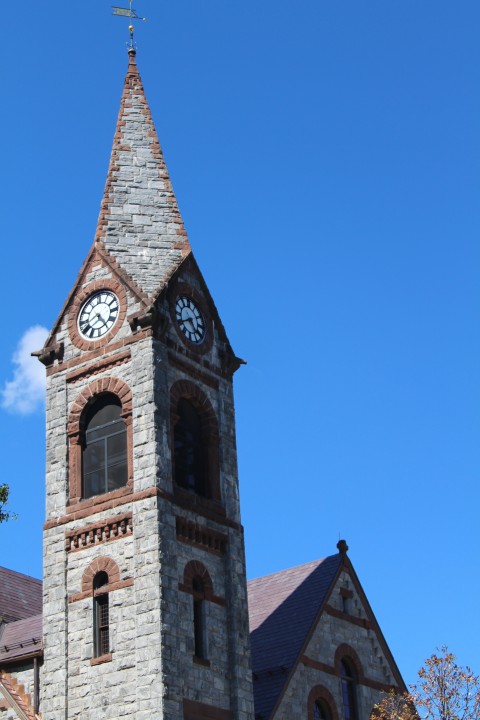 Professors, graduate students and political activists gathered on Wednesday night at the Unitarian Church in Amherst for a discussion about mass incarceration in the modern era.

The event, sponsored by the Center for Popular Economics, featured a showing of the film “Middle of Nowhere.” The film, directed and written by Ava DuVernay, depicted an ambitious medical student grasping the harsh realities of her husband’s eight-year incarceration. “Middle of Nowhere” is one of many films which will be shown this fall as part of the inaugural “Reel Economics” film series.

After the movie, a 30-minute discussion was held by Professor Geert Dhondt, a legal studies and race relations assistant professor at John Jay University. In his discussion titled “Mass Incarceration in the Neoliberal Era”, Dhondt described mass incarceration along class racial lines.

“What you’ve seen since the 1980s is an influx and disproportionate number of black and Latino people being arrested,” Dhondt said.  “It has created this system of repeated incarceration.”

Dhondt went on to discuss the development of this system as a result of, what he called, the operations of the Neoliberal Era.

“Among these are the system of capitalism for example,” he said. “The growth of unregulated capitalism, like that found during the Reagan and Clinton era, culminating in the housing bubble of 2008, has created this inequality which has, in turn, caused huge amounts of crime.”

This crime is often concentrated in areas of urbanization, Dhondt argued. Urban cities like Los Angeles, Chicago and Washington D.C. have high crime rates. Not coincidently, Dhondt and many other scholars argue, these cities also have the highest incarcerated number of black and Latino men.

An economics student asked whether anything was being done to combat this “prison complex system.” Dhondt’s response was bleak.

“There has been a lot of social unrest, Ferguson and after, but nothing political and concrete,” he said. “We’ve seen some legislation attempt to get through but nothing so far.”

Dhondt referred to a recent attempt by Congress to lessen the punishment for nonviolent crimes. This effort, spearheaded by President Obama, has ultimately fallen through, he said. While many attribute the failure to the Republican Party, Dhondt believes that Congressmen across party lines have something to gain from the prison industry.

“What ends up happening is that you’ll have Congressmen involved in some pretty scandalous stuff,” Dhondt said. “Big money prison complexes will end up donating to Congressmen X and expect favors down the line. This perpetual cycle of corruption at the top has kept constituents hurting.”

Olivia Geiger, director of The Center for Popular Economics,  is hoping to continue to hold to its motto of “Economics for People, not Profits” by continuing to have discussions like this throughout the fall to come.

Josh Raposa can be reached at [email protected]