Kaepernick’s actions can be patriotic 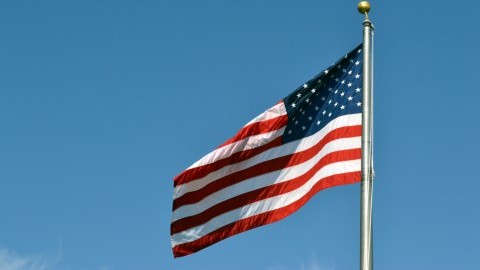 I am often against celebrities who make political statements regarding issues they know little about, such as Rihanna’s #FreePalestine tweet two summers ago. Athletes and artists everywhere have a history of using their platform for political purposes. In the case of Colin Kaepernick, the Forty-Niner’s quarterback who is refusing to stand for the national anthem, a different type of statement is being made. Kaepernick isn’t trying to boost his number of Twitter followers; he’s not doing it to achieve more notoriety, nor do I believe he is doing it to exemplify his status as someone who cares about racial issues, although he is proud of the statement he is making. He is doing it to strike a nerve within this country, and to communicate and carry on the statement echoed at the ESPY Awards by Chris Paul, Dwyane Wade, Carmelo Anthony and LeBron James: The violence needs to stop. For some reason this makes the star quarterback unpatriotic. Nothing could be further from the truth.

As my colleague Michael Agnello wrote in a column last week, “In essence, our flag helps to reaffirm the values of our country: liberty, and justice for all.” This is what is missed in the discourse. Kaepernick is either a hero in the making, or an enemy of the state, not just a player making a political statement. Now, why is this different than, say, what Rihanna did two years ago? Kaepernick is staying true to his statement and is knowledgeable about his issue (while Rihanna quickly deleted her tweet). And other athletes have come out in support of Kaepernick. Kevin Durant and Steph Curry have both stood by Kaepernick, respecting his right to protest against national injustice.

For some reason, Kaepernick’s statement reflects his lack of patriotism. The American flag is a symbol of American patriotism and something that holds an evolving meaning. While the flag has endured through centuries and long lists of tumultuous events, one must not overlook Kaepernick’s constitutional right, nor should anyone overlook the patriotism he is shedding light on by making this statement.

The bottom line is that to be against Kaepernick is to be for the status quo, one that upholds the egregious statistic that upon birth, black people are over thirty percent more likely to be incarcerated than white people. The problem starts with people like John Tortorella, who say, “If any of my players sit on the bench for the national anthem, they will sit there the rest of the game.” It is comments like these which halt and impede racial progress. Kaepernick will not fix the problem by doing what he is doing, but he is using his platform as a way to show awareness, and confront an issue that has become systemic in this country.

We live in an age where the size of the American flag pin on someone’s lapel determines their love of the country. But what about when someone questions the lapel pin, along with the meaning of traditional patriotism? It was once considered patriotic to own slaves and hang black people. Now both are not only unpatriotic but illegal and are examples of hate crimes. Kaepernick has pledged that all proceeds from his merchandise go to organizations that deal with race relations and help minorities in this country. That is a gracious act of kindness in its own right. As the rest of the National Football League season lays before us, I will be interested to see how Kaepernick’s stance evolves. Whether he becomes more “radical” and political remains to be seen. But the bigger problem isn’t his actions but rather America’s reaction. We live in a land where everyone is constantly in a state of emotion that for some reason deserves to be recognized and respected. Why are we denying that from Kaepernick?

The real problem in all of this is that both the public and the NFL are waiting for this controversy to die down and eventually go away instead of trying to deal with race head-on. Organizations like the NFL try to suppress such speech in the hopes of protecting their name more so than they knew the reputation of the American flag, an entity of this country which should one day embody the values of all people, not just a precious few.