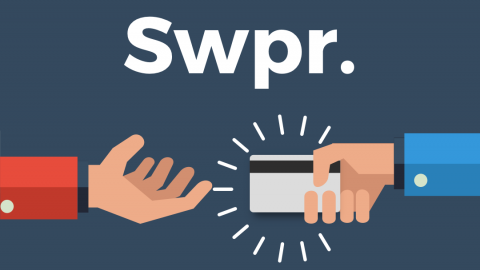 Two computer science majors at the University of Massachusetts have developed a new app intended to combat hunger.

Swpr., a free iOS application that will connect students who need meal swipes to eat in the dining commons with students who can share a swipe with them, was developed by sophomores Tanaya M. Asnani and Brian Ramirez and was launched Sept. 12.

“The purpose of Swpr. is to easily allow members of the campus community in helping one another without much effort,” said Ramirez.

Students can sign up for Swpr. with their UMass email addresses and start using the app immediately.

According to Ramirez, he first thought of the app in August when he came across a Facebook group called “Need a swipe? Got a swipe?” which had about 2,000 people in it.

“This will also be helpful for students who have forgotten, lost or misplaced their UCard,” said Ramirez.

The app currently has 32 users, according to its’ creators. They expect that Swpr. will gain a large user base which will mostly consist of campus community members.

“I expect that as the user base of this app expands, the app will deliver much better performance in handling more meal requests per minute,” said Asnani.

Ramirez also said that he and Asnani are considering making the app open source, “so anyone in the campus community who knows how to code can contribute to it.”

“It will be great to see where the app will go in the future and make sure it can give the maximum help it can to the campus community,” said Asnani.

As it currently stands, UMass dining services has a ‘no one goes hungry’ policy of feeding students who have forgotten UCards or have run out of swipes.