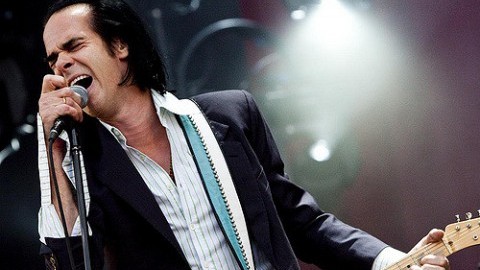 Though the majority of the songs on Nick Cave’s sixteenth album with the Bad Seeds, “Skeleton Tree” (released Sept. 9) were written in and around 2014, they are completely enshrouded by the aftershocks of an event that took place the following year.

In July 2015, while the initial sessions for “Skeleton Tree” were coming to a close, Cave’s 15-year-old son Arthur fell from a cliff to his death near his family’s home in Brighton, England.

Perhaps unsurprisingly—considering Cave’s history of crafting impersonal, but deeply affecting allegorical tales steeped in gothic imagery—no lyrics on “Skeleton Tree” directly reference Arthur Cave’s passing. And yet, the lack of direct connections at hand for the listener only serves to heighten the album’s power.

Stricken equally by overwhelming grief and a desperate need to stay resilient, Cave paints the brutally spare, grey walls of music around him with some of the most dazzling wordplay of his 35-year career. Immersing yourself in it is a genuinely difficult and heartbreaking experience, but one that is also profoundly moving.

Though Cave studiously avoids injecting personal, specific details, he seems to get the inevitable out of the way with the album’s very first line. Over buzzing guitars that have almost been stripped of their musicality, Cave opens “Jesus Alone” by deadpanning “You fell from the sky and crash-landed in a field near the river Adur.”

With that devastating scene set, the chorus—comprised solely of “with my voice/I am calling you”—hits incredibly hard, and sets the uncompromising tone the remainder of the album diligently follows.

“Magneto” throbs anxiously, with muted guitars, distant feedback and mournful piano chords that accent the song rather than drive it. Cave numbly intones “mostly I never knew which was out,” as he tries to quell his devastation. Soon though, he comes clean to the listener, admitting, “Oh, the urge to kill somebody was basically overwhelming/I had such hard blues down there in the supermarket cues.”

The song is “Skeleton Tree”’s deepest valley, with Cave entirely disregarding the idea of melody, instead letting the brutal realities of grief dance off his tongue in mesmerizing cadences. “In love, in love, you laugh,” he sings in one chorus, declaring “In love, in love, I love, you love, I laugh, you love” on another. Sounding dazed and overwhelmed, Cave is forced to look inward for what love means for him at the most basic level.

He examines the same subject, with equally intense focus, on the soul-baring “I Need You.” “Nothing really matters, nothing really matters when the one you love is gone,” he tells us with disarming urgency. Turning in his best, and most searing, vocal performance on “Skeleton Tree,” Cave returns repeatedly to this simple concept that drives the song in the chorus, twisting the words “I need you” in almost grotesquely beautiful ways.

“Rings of Saturn” brings to mind the best of The National, a band Cave has left a clear stamp on. Surrounded by the only thing approaching an upbeat instrumental on the entire album, Cave loses himself. Declaring “And I’m breathing deep and I’m there and I’m also not there/And spurting ink over the sheets but she remains, completely unexplained/Or maybe I’m just too tongue-tied to drink it up and swallow back the pain,” Cave lets his frayed words loose in a tidal wave.

Having exhaustively combed over himself in every way on the previous seven tracks, Cave masterfully closes the doors he so hesitantly opened to the listener on the album’s last and title track.

Led by a mournful synth and steady, hushed percussion, “Skeleton Tree” feels like a gospel song. The world it inhabits is a desolate place, defined by “fallen leaves, thrown across the sky” and a “jittery TV/glowing white like fire.” Cave ruminates on two conclusions, the first being that “nothing is for free.”

The second, repeated as the album’s final line, is the album’s most powerful conclusion. After opening the album with the origin of his discombobulated state (“You fell from the sky and crash-landed in a field near the river Adur,”) Cave’s final lyric on “Skeleton Tree”—echoed by a choir—is “and it’s alright now.”

“Skeleton Tree” is an album that requires full commitment. Its world—in a reflection of the state of the dynamic artist who created it—is a broken one that listeners have to piece together for themselves. The full picture, though, is a truly extraordinary album: a tour de force of grief, love and resilience with few parallels in the annals of popular music.