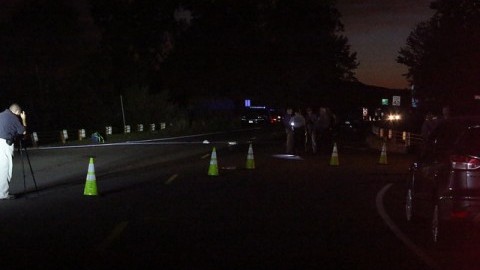 A car struck a University of Massachusetts student pedestrian at 5:30 p.m. on Tuesday, according to UMass spokesperson Ed Blaguszewski. The student was taken to Baystate Medical Center, where their condition and possible injuries are currently unknown.

The accident occurred on the edge of campus, near the intersection of Massachusetts Avenue and Mullins Way, close to the University’s sports facilities.

The identity of the student was identified by Blaguszewski as Kyle Yeh, 19. Blaguszewski said that Yeh’s injuries are not life threatening. The UMass and Hadley police departments as well as the state police are working together to investigate the incident.

Hannah Depin contributed to this report.

Editor’s note: An earlier version of this story was released before information was known about the identity of the student hit and whether his injuries were life threatening.