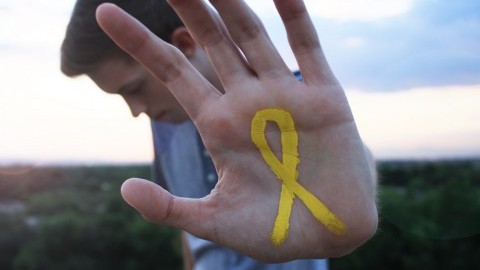 If you had to guess, what would you say is the 10th leading cause of death in the United States? Would you have guessed suicide? Neither would I.

Each year, almost 43,000 Americans die by suicide. Worldwide, that number exceeds 800,000 deaths: one death every 40 seconds, each death preventable.

September 10 marked World Suicide Prevention Day, a day dedicated to promoting suicide awareness. Though certain groups face greater risk of suicide, it affects all types of people, regardless of age, gender or ethnicity. Consequently, it is important to know the factors contributing to suicide, and how to recognize the signs before it’s too late.

Preemption is an avenue to prevention. Prolonged stress is one risk factor for suicide. As we begin a new school year, it is important to remember to prioritize one’s own health over academics. Though we may feel the insurmountable pressures of maintaining a stellar grade point average, to find internships to “get our foot in the door,” all the while juggling a myriad of jobs and extracurriculars, just to secure a financially stable job for our futures, we need to be able to recognize when things get out of hand. Before stress from school becomes debilitating, we need to know when to step back and give up some of our responsibilities. We can always retake a class. We can never renew our lives.

Additionally, knowing and recognizing warning signs can play a crucial role in preventing suicide. Uncharacteristic aggressive behavior, recklessness and moodiness are all potential signs. Additionally, social withdrawal and offhand comments suggesting self harm are warning signs. If we notice friends or loved ones exhibiting these signs, we should let them know that we are there for them and that they can feel comfortable talking to us if they need somebody to listen.

Oftentimes, mental health issues play a major role in influencing suicide. According to the National Alliance on Mental Illness, 90 percent of those who die from suicide suffered from mental illnesses. The precursor to prevention is awareness, and awareness can only be brought by openly talking about suicide. If we continue to stigmatize mental illness, those who most likely need the help will be the least likely to come forward and ask for it.

We need to create communities where individuals feel safe and comfortable enough to seek out help. By perpetuating mental health stigma, we isolate individuals that already feel alienated from their community. We become part of the problem, perpetuating the thing we are trying to prevent.

It is important to know the resources available on campus for mental health support. The Center for Counseling and Psychological Health has licensed mental health providers along with a 24-hour crisis intervention service. UMass also has a chapter of Active Minds, a national organization that provides students with a safe space to openly discuss mental health. Additionally, the National Suicide Prevention lifeline offers 24-hour intervention services at 1-800-273-TALK (8255).

Suicide rates don’t have to be increasing. We can easily reverse that trend by eliminating mental health stigma and providing safe spaces for individuals to comfortably seek the help they need.