What I learned from wearing nail polish 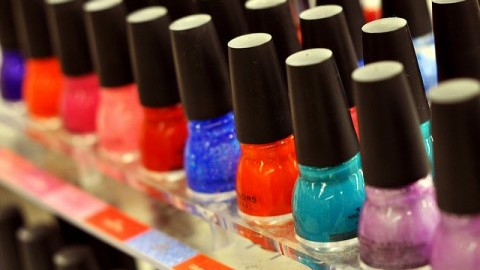 “What’s with your nails?”

Having just said hello to my mother after arriving home from my first semester at college, I expected the second thing she said to me to be a little more welcoming.

To be fair, my mother had a good reason to be shocked. The night before I left the University of Massachusetts for home, my friend offered to paint my nails. They weren’t even painted black like I was headed to a My Chemical Romance concert (just kidding, there are no MCR concerts anymore). They were painted bright green.

The only reason I had my nails painted was because my friend had lamented that her male friends at UMass never let her paint their nails, and I figured I would be the one who let her go ahead and paint them. What I did not expect was that a little bit of polish would give me insight into what it feels like to go against a social norm.

I had never painted my nails before and I have never attempted to challenge the gender binary by my own volition, until last December.

If I had stayed at UMass with my nails painted, my nails probably wouldn’t have been a big deal. When I showed my hands to my UMass friends, almost all of them were indifferent. But when I went back to my suburban home in Eastern Massachusetts, some people found a man with painted nails to be a bit odd.

My hometown is less diverse, and therefore many people there are less comfortable with personal decisions that are traditionally seen as “abnormal.” I do not wish to bash my hometown in this article, as the town has many qualities that I admire, but it is lacking in diversity. I occasionally noticed people glancing at my hands and I often had to explain why my nails were green. To avoid talking about my hands I sometimes did not take off my winter gloves. I began to feel a little self-conscious.

I consider the phrase “traditionally seen as ‘abnormal’” to have a broad definition. When I use that phrase, or the phrase “go against a social norm,” I connect my thought to people who challenge the gender binary by any means, regardless of socially constructed ideas of gender and sexuality. There are likely people that you know who challenge the status quo in their own ways. By wearing nail polish, even for just a few days, I got a glimpse at the rigidity of social norms, and saw how something as trivial as nail polish could garner sideway glances.

If you look at the big picture, wearing nail polish as a man is not a big deal. But because of my painted nails, I realized how difficult it is sometimes to be different. There is a comfort in fitting in to societal norms that many people, including myself, take for granted, but some people don’t have that privilege. I have a ton of respect for people who go against the status quo for whatever reason. It is easy to judge people for who they are, even if we do so unintentionally. Yet, we almost always do not know the unique experiences that shape people’s lives and determine how they choose to express themselves. We should always accept people’s differences and embrace how others choose to live their truths because you cannot always know what lies beneath the polish.