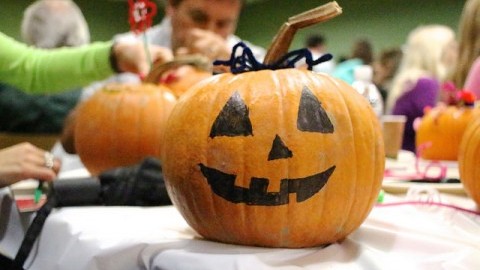 Across the country, students at colleges and universities are asking themselves an important question: Is there a place in society any longer for even semi-provocative Halloween costumes?

In December of 2015, Erika Christakis, a professor at Yale University, ignited a firestorm when she sent out an email to students in response to the University policy that prohibited students from wearing Halloween costumes that could be construed as offensive or politically incorrect. She asked her students if there was not room for costumes that were “a little bit inappropriate or provocative or, yes, offensive?”

Christakis’ stance was met with widespread disapproval from the student body, and protests calling for her resignation were ultimately successful. She would voluntarily step down from her position two months later.

The overwhelming response to this question nationwide has been a resounding “no.” Colleges have promoted programs time and time again that set clear parameters as to what types of costumes are acceptable on campus. The University of Massachusetts is no stranger to these programs. In fact, all across campus on Sunday night there were mandatory floor meetings in many UMass dorm buildings to cover what constitutes an offensive costume and to review the concept of “cultural appropriation.”

Recently, a residential assistant at UMass created the “Simple Costume Racism Evaluation and Assessment Meter” (or “S.C.R.E.A.M.”) so that students can evaluate how offensive their costume may be using this scale. It asks a variety of questions that can be used to gauge the “threat level”—everything from “Are you trying to be funny?” to “Is/are the person/people you’re mocking generally less powerful or more socially marginalized than you?”

To be clear, the university did not actually approve this diagram, and it is not an official element of their policy. But, similar visual meters have been posted throughout residence halls across campus, and these practices are in accordance with the University’s stance on political correctness.

Now, don’t misunderstand me. I’m not defending people’s right to dress up in obviously obscene, offensive, racist ways (i.e. donning a turban and fake beard and dressing up as a “terrorist”). But, how far along this subjective curve of political correctness does it become a slippery slope? Essentially, whenever an institution such as UMass takes upon itself the role of deeming which viewpoints, behaviors and practices are correct or acceptable and which are not, is that not authoritarianism? Did people suddenly become incapable of deciding for themselves what they approve of? Is there no room left in our society for controversial views? College is supposed to be a time when we are challenged and exposed to different ideas. Maybe it starts with deciding what costumes are acceptable, but when does this cross over into society telling us what we are allowed to think and say?