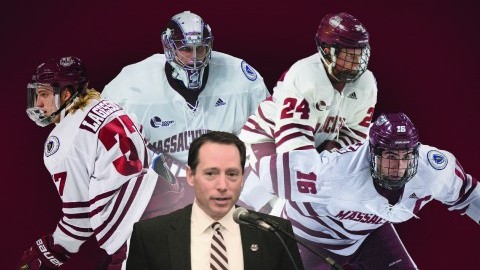 The former St. Lawrence coach returns to his alma mater in hopes of restoring a program where everyone does the right thing.

The Minutemen are littered with uncertainties across the roster with new coach Greg Carvel.

Being the most experienced of the bunch, Alex Wakaluk seeks leadership role for this year’s Minutemen.

The Minutemen will have plenty of eyes on them in their first season under coach Greg Carvel.

For Iacobellis, this season will be about building a new culture for Minutemen hockey.