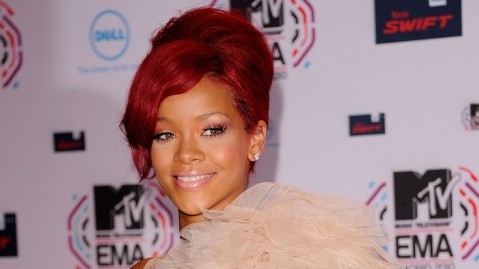 Last Tuesday, Vogue ran a headline that read: “Only Rihanna could make a gray sweatshirt look this fabulous.”

You don’t have to spend hours scanning her Instagram, media presence or legendary street style to know that Rihanna is a contemporary fashion force.

But recently she has upped her own anti and joined runway fashion with her new 2017 Fenty x Puma collection.

In two runway shows at Paris Fashion Week, Rihanna debuted the spring 2017 Fenty x Puma collection, a line of apparel, footwear and accessories she designed.
Her line, which she described as what “Marie Antoinette would wear if she was going to the gym,” was lace, corset and pastel-heavy.
Rihanna presented the line at the Hotel Salomon de Rothschild, a 19th century mansion, which reflected the collection’s regal tone. This met its simultaneous casual nature, captured perfectly by Rihanna herself, who was wearing a pale pink, lace gown/jumpsuit.

According to New York Times fashion and style writer Mathew Schneier, Rihanna commented on the evening saying, “I would never expect that I would be allowed in Paris to show a collection this early as a designer,” she said. “That wasn’t a thing that I expected at all. I couldn’t believe — I still right now can’t believe it happened.”

The line follows Rihanna’s first full collection, Fenty x Puma Fall/Winter 2016, which she presented at New York Fashion Week in February. Citing Japanese street culture as her inspiration, her collection is made up of almost entirely white, black and grey footwear.

Footwear, like creepers and sneaker boots – a series of shoes with elevated soles or platforms ­– dominated the collection.

“I kind of imagined if the Addams Family was working out, this is what they would be wearing,” Rihanna said in an interview with the Associated Press.

Rihanna’s fashion lines similarly embody her eighth album “ANTI,” which was released in February of this year. Like her album, her fashion lines have a bold presence and are unprecedented, a daring challenge to her past projects. They seem to be a sliver of Rihanna herself.
“I enjoy creating and expressing the crazy things going on in my mind through something that people can see and that is tangible,” Rihanna said in the same interview with the AP. “That is the best part, being able to express yourself.”

In addition to the well-received new pieces of the pop star gone designer’s new line, Rihanna’s presence at Paris Fashion Week also challenged the traditions of the male dominated high-fashion industry. As a female singer and relatively inexperienced designer, Rihanna is a true demonstration of the changing tide of the business.

Rihanna maintained an innovative and modern approach to her show, even providing fans with an intimate invitation to view Fashion Week from their own homes.
She livestreamed her two shows on Tidal – a streaming service owned by famous rapper and businessman Jay Z – that included exclusive interviews and behind-the-scenes content.

Rihanna also consistently uploaded pictures of herself and her models on her Instagram account, exposing her infamous pastel pink jumpsuit (as well as other jumpsuits), lace headdresses and pearl chokers that fanned the flames of excitement for her new line.

In the midst of all the excitement, Rihanna stayed true to herself and her loyal fans by expressing her gratitude for the experience and everyone’s support in a post on Instagram saying, “Paris is a long way from Barbados, and I feel so proud to have made it here!”

With a busy and successful year underway, Rihanna doesn’t seem to plan to take a break from her artistic career endeavors.

In an interview with the AP she said, “Fashion to me was just one of those things that came naturally. I enjoy discovering it – all the different styles, finishes, fabrics, silhouettes. It’s not easy, but it doesn’t feel like work.”

Emily Johnson can be reached at [email protected]