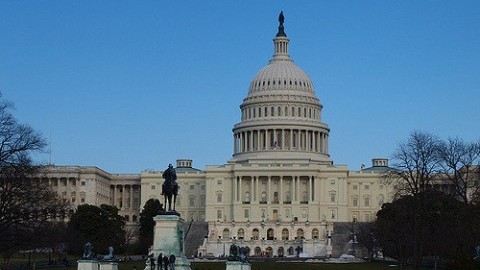 On Sept. 23, Congress successfully voted to override President Obama’s veto on a recent bill. This veto would have prevented the “Justice Against Sponsors of Terrorism Act” bill put forth by congress but since the override, at least one widow of a man killed in the terrorist attacks of September 11, 2001 has begun to sue the Saudi government. This piece of legislation not only represents a terrible precedent being set by our nation’s government, but it also leaves America vulnerable to similar bills being enacted in other countries.

The Justice Against Sponsors of Terrorism Act (JASTA) allows those who have been affected by the 9/11 attacks to sue the Kingdom of Saudi Arabia for supposedly knowing about the attacks and doing nothing to stop them. Despite its bipartisan support, including support from both presidential candidates, President Obama took up a strong opposition to this bill and vetoed it two weeks ago for various reasons, including the fact that the bill could potentially expose the United States to similar legislations and lawsuits, as well as stating that such a legal effort should be taken up by the federal government as opposed to individual citizens. However, Obama’s efforts were in vain and on Sept. 28 the veto was overridden, much to the dismay of the President.

This override is a serious mistake and I agree with the President’s decision to veto the bill. First of all, anybody who thinks the Kingdom of Saudi Arabia will respond to these lawsuits is mistaken. Their government will not recognize any American courts and when the court dates are set, there will be no defendant. It is simply an exercise in futility and a waste of money for the prosecutors. Second, and more importantly, this bill opens the door for any other country to try the same thing.

I expect that countries such as Iran and Afghanistan may start passing similar legislation and that citizens from those countries who have been affected by drone strikes or other military operations may sue the federal government. Should this occur, the United States would likely not show up, but that isn’t the issue. The main issue is that foreign governments may ask other countries to seize American assets, be it embassies, citizens or armed forces personnel, until the United States responds. This override is a huge mistake and one that will eventually come back to bite us.

Perhaps the most shocking revelation of this override has been the response by Senate Majority Leader Mitch McConnell. After the veto was overridden, McConnell gave a press conference where he lambasted the President for failing to help Congress understand their own bill. No, I am not making this up, nor is this a piece from The Onion.

McConnell specifically stated that the President failed to communicate the potential downfalls of their own bill, even when the President clearly laid these problems out in his veto letter. This lack of responsibility and refusal to accept blame is not only nauseating, but should be considered unacceptable at that level of government. The ignorance of Congress in not seeing their failure is one that should be noted and deemed unacceptable by the American people. This level of petty partisan games is all too familiar to the people, and will hopefully be the final straw to convince the citizens to reelect Congress with more suitable members.

I suspect this bill will go down in history as a massive failure on the part of the legislative branch, and we will be seeing the repercussions of their mistake very soon. I hope that Americans will see the horrible negligence of our Congress as just one more reason to elect new, more competent leaders.