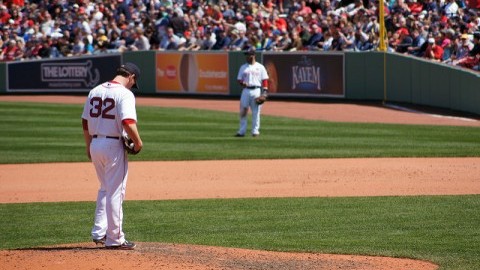 Despite the Boston Red Sox efforts last week to try to keep their playoff chances alive, they saw their season, and the career of designated hitter David Ortiz, end at the hands of the Cleveland Indians in game three of the American League Division Series. While the finish was unsatisfactory, the 2016 season was far from a failure. The enjoyment of a season’s worth of baseball was not nullified by a playoff loss. Baseball was still the entertaining diversion it was supposed to be. Compared to the last place finishes of the previous two years, where the Sox finished 25 games and 15 games out of first place in 2014 and 2015, respectively; this year was a refreshing change. In 2016, fans witnessed the potential of another championship, as this team already has a core that could take them far in the coming seasons.

However, before we look to next year, we should appreciate this year. The 2016 season was not for naught. Once again the Boston club took Red Sox Nation along for a joy ride. While the season did not finish with a trophy that does not diminish the realization that baseball was enjoyable again. Baseball is different from the other major American sports because the baseball season is not only long, but also quite dense. The National Basketball Association season, for instance, stretches from October to June, but the teams play usually every two to three days. Baseball teams, on the other hand, play 162 games from April until October, often at a rate of six or seven games per week. This means that America’s pastime is a nightly companion, a routine. You can come home from work or school each day and turn on the game, check the highlights or look at the box score. The inherent purpose of baseball, and of sports in general, is to provide a distraction, and baseball is beautiful in its ability to do so.

This summer was full of tragedy and contention, from the shooting in Orlando to the shootings of black men by and the murder of police in Dallas and Baton Rouge. Surrounding this was a presidential race between two candidates that have angered much of the population. Sometimes the country needs a distraction for when current events get too depressing, and for sport fans, baseball can be an outlet. In sports, the world’s problems are replaced by the game. The biggest complaints are losing streaks and low batting averages. Happiness can come from a routine win. Even though Boston did not win in the playoffs, its division-winning run in 2016 was worthwhile because it served as enthralling entertainment and distraction.

The obstacles facing the country and the world still need to be solved. We still need to solve issues like gun violence, racism and homophobia. We still need to pick a president. But sometimes we need to escape for a bit. I say “thank you” to the Red Sox for helping us out of tragedy and difficult times yet again. It was fun and I look forward to the spring.