The race to space 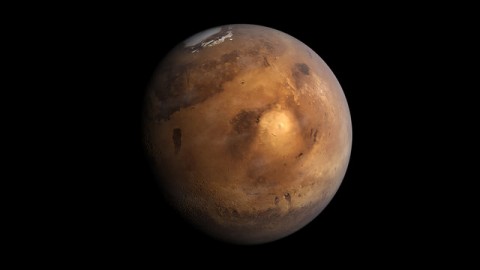 Last Tuesday, President Obama announced that he was giving NASA the goal to land humans on Mars by the 2030s. This news came a few weeks after Elon Musk, the founder of the SpaceX rocket company, announced his big plan for Mars which included a short video on the process for getting humans to Mars, as well as detailed information on the inner workings of the spaceship he intends to use. These past few weeks have been an exciting time, not just for space-loving individuals, but for the human race as a whole. We now have both a concrete plan and a timeline to become an interplanetary species. How cool is that? But I know many people have a few questions. Why Mars? What is there to be gained? Isn’t it a dead planet?

Let me answer all these questions in one sentence: Mars is where the future of our species is and in order to grow as a civilization, we need to go.

One of my favorite topics in history class was always the explorers, with their daring sense of adventure and their willingness to go to new parts of the world in search of glory and gold. That sense of daring is dormant within all of us, waiting for the right time to come out, and that time is now. It is the same feeling our grandparents had when John F. Kennedy challenged Americans to go to the moon. His speech awakened the adventurer in all of us, and we got to the moon multiple times. Now it is time to do it again, only instead of a moon we’re going to go to a new planet. How are you all not jumping out of your seat with excitement?

But you may wonder, who cares? It’s a lot of money, time and resources, and we have a perfectly good albeit dying planet right here. But let me answer your question with another: when I say the year “1492,” what do you think of? I imagine most of you recognized that year as the year that Christopher Columbus sailed his three ships for the new world. This is all well and good, but in actuality that was not the most interesting thing that happened in 1492. For instance, France and England signed the Treaty of Etaples, and the Spanish army ended the siege of the city of Granada, which forced out the Muslim population that had resigned there for over 700 years.

These were the breaking news stories of that era and yet no one, save for some history majors, remembers these events. What we remember is the explorer that sailed into the unknown in search of glory. If we go to Mars, the Martians that live there will not remember which political party held Congress in 2030, or any of the petty events of this decade. The only thing they will remember is what their ancestors did in order to allow them to be alive. They will remember what we do right now to allow the human race to continue.

My reasons are very short, but there are many more. There is the scientific discovery aspect of it, the potential of a safe haven should anything happen to Earth, as well as the innumerable scientific advancements that could occur from a project this size. I know most of us, myself included, will do nothing to directly help this effort, but it is good to know that we can do our small part. Vote for congressmen and women who value NASA, and support the policies set forth by our government in their attempt at forming a space civilization. For us and our children.