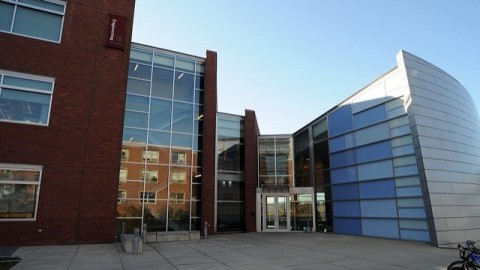 Assistant Professor Maureen Lynch and Associate Professor Yahya Modarres-Sadeghi of the mechanical and industrial engineering department at the University of Massachusetts,have been awarded a three-year, $425,000 grant to study cancer that metastasizes, or spreads, to the skeleton, according to a press release from the University.

The researchers secured the grant from the National Science Foundation, a federal agency that funds science and engineering research. Lynch and Modarres-Sadeghi will study the relationship between mechanical signals and cancer cell behavior.

“The overarching goal of our grant is to predict what a cancer cell will do based on the mechanical environment,” said Lynch.

She explained that forces such as stresses and strains create the skeleton’s mechanical environment. It is possible that breast cancer cells’ behavior varies with these forces, proliferating under certain conditions or remaining more stable in others. Lynch and Modarres-Sadeghi will model different mechanical environments and observe how cells respond.

“We want to have a mapping to say, if this is your mechanical environment, then this is what your cancer cells will do,” said Lynch.

Lynch envisions that this research may provide fundamental information about cancer behavior that scientists do not yet understand. In the long term, she believes that mechanical models may help scientists discover new pathways in the body, as well as allow them to test new drugs or drug combinations. She hopes that someday scientists will be able to insert a patient’s breast cancer cells into a mechanical model to better understand that patient’s individual case.

Although many types of cancer can metastasize to the bones, Lynch and Modarres-Sadeghi’s research will focus on metastatic breast cancer specifically. According to Lynch, three out of four cases of advanced breast cancer progress to this incurable stage.

“It’s a poor prognosis,” Lynch added. “When you get this diagnosis, it’s a bad day.”

The National Science Foundation awards 11,000 grants to researchers across the United States each year from a pool of 40,000 grant proposals, according to the foundation’s website.

Approximately 60 percent of Lynch and Modarres-Sadeghi’s grant will go to the university “to keep the lights on,” funding infrastructure at the university, college, and departmental levels, according to Lynch. The remaining amount will go to their own research specifically, funding the salaries of lab employees and the costs of running experiments.