Vote “No” on local Question 5 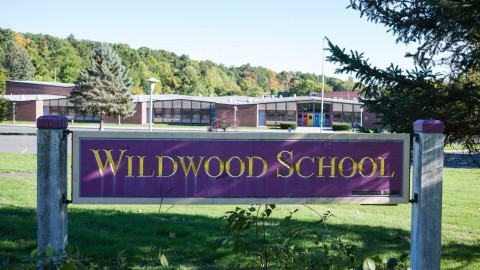 This week, I interviewed Laura Quilter, a local parent, librarian and lawyer, as well as Maria Kopicki, a local parent, physician and researcher. Quilter and Kopicki are Amherst community members affiliated with Save Amherst’s Small Schools (SASS) and are worried about the effects of the local ballot Question 5. They are concerned that Question 5 will have harmful effects, not only to the students attending the elementary schools but also to the college students who live in the area.

The gist of the proposal is it aims to restructure the Amherst school system. Instead of three small schools, the town will close down two of them to create one large school to hold 750 students. SASS is concerned that with the increase in school size, there will be complications with the quality of education, cost and effect on the students and teachers.

The proposal is also massively expensive. As Quilter says, “The superintendent’s proposal is to make one of the most expensive elementary schools, after inflation adjustment, in the history of Massachusetts: $67 million. This will raise taxes, say, for instance, my home at $325,000 a year will result in a tax increase of around $400 a year for the first 10 years.” College students will also feel this tax increase, as the tax increase will be passed on from apartment owners to the students who rent the apartments. The time frame for this is as soon as the coming year.

This tax increase is historically large and unpopular among the people it claims to help. According to Kopicki, a $33 million debt would affect Amherst rental values over the next 25 years, and is actually opposed by a three-to-one margin among educators and parents. So why has this not been raised as a bigger issue? According to Kopicki, “the wording on the ballot does not sufficiently indicate to someone who hasn’t followed this issue that this is a very controversial proposal and that it ends the current K-6 system that Amherst families and students love.” A University of Massachusetts Amherst student registered to vote in Amherst would only see that the proposal aims to give more money to local schools, which seems like a fairly innocuous assertion. What it doesn’t mention is the fact that this proposal will continue to raise taxes and increase debt for the next quarter of a century.

What does the other side have to say about this? The pro-Question 5 side claims consolidating the elementary school system into one larger school will save money due to “operational savings.” However, Kopicki argues that these savings are only by having larger grade sizes while hiring five fewer teachers and custodians. Quilter adds, “our website, sassamherst.org, has a tax increase calculator. If you email us, we can help you learn how much your taxes are projected to increase. For instance, we can estimate that a $150,000 house would increase its property tax alone by $200 extra every year.”

Quilter and Kopicki provide an important insight into Question 5. Bills like this often exploit creative wording to appear palatable on the surface while having strongly negative consequences for the actual communities they impact. It’s massively unpopular among its supposed target audience and only really seems to be benefiting the administrators.

This bill has something that everyone can oppose. Fiscal conservatives will appreciate the fact this bill calls for an unnecessary increase in government spending that could otherwise be devoted to improving the existing educational infrastructures. Liberals should take note of the fact that while the bill appears to be about spending more on education, it ends up spending most on aspects that are tangentially related to education while gutting funding for the core components that would actually matter to students. And perhaps most pertinent to UMass students, the enormous financial toll of this project would substantially increase apartment rentals for the next quarter of a century, assuming costs don’t increase over time.

Question 5 seems like it would help teachers and students. However, when approval for the measure is so low among the teachers and students, it seems that the only members who stand to benefit from this proposal are the administrators. Massachusetts prides itself for having the best educational system in the nation; Amherst, at the heart of the Five College Consortium, is no exception and we owe it to our national reputation to prevent measures like this from devaluing our children’s futures. For all UMass students who plan to vote locally in Amherst this November, it would be in their best interests, as well as the best interest of the permanent residents of the town, to vote no on Question 5.