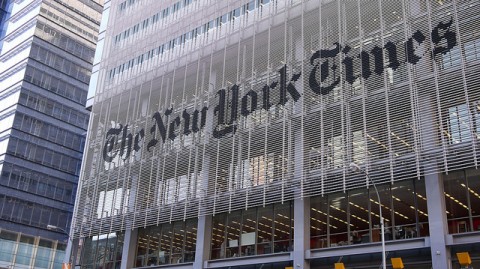 This week, The New York Times (NYT) published portions of Donald Trump’s 1995 income tax return in which he claimed a $916 million loss. A team of journalists argued that this loss would be enough for Trump to have legally avoided paying taxes for the past 18 years. Resulting from his mismanagement of three casinos, an airline and a luxury hotel, this massive loss in revenue would actually serve to profit Trump immensely in the following decades, further demonstrating that the Republican presidential candidate has made his living through poor business practices and aggressive manipulation of the governmental system.

Last month, prior to releasing this information, NYT Executive Editor Dean Baquet stated at a forum at Harvard University that he would be willing to serve jail time to publically release Donald Trump’s tax returns, because doing so would undermine Trump’s campaign which has been largely based on his wealth and business acumen. Frankly, it is difficult to understand how this is still a viable foundation for Trump’s campaign, considering his four bankruptcies, ties to the mafia, antitrust violations and refusal to pay a number of workers and contractors.

The Times broke federal, New York and New Jersey state laws in releasing Trump’s tax returns and could face fines of more than $10,000 and between one and five years of jail time. However, it is unlikely that any journalists will be charged for these crimes in practice. As was the case with the Pentagon Papers, the NYT could assert a First Amendment defense and declare that sharing this information was in the public interest. Furthermore, because it remains unknown who leaked these documents to the newspaper, it is difficult to determine criminal liability.

Trump has responded to this scandal in a manner that is similar to how he has responded to every other scandal in his past – with unwavering hubris. His spokespeople and political supporters have even declared him a “genius” for navigating the tax system so well. Through his lawyer Marc Kasowitz, Trump has threatened “prompt initiation of appropriate legal action,” which would begin yet another lawsuit in his extensive history of over 3,500.

Much of Trump’s campaign has been centered on his status as an outsider of the political and financial establishment. These tax returns could potentially make voters in the Rust Belt reconsider their support of the candidate, whose greatest appeal is his outsider status. By avoiding the taxes that have burdened ordinary voters, Trump has firmly connected himself to the financial elite and Wall Street.

Surely, if the publication of these documents prevents a fear mongering, politically inept, racist and sexist bigot from holding the highest office in our nation, Mr. Baquet has acted admirably. But history has shown that Trump’s core support is difficult to shake, regardless of the facts.

Ultimately, we all must stand for something. It seems unlikely that Baquet or anyone else will serve jail time for the publication of these documents, but they might. It was a choice that The New York Times made knowingly, and it could finally establish the true extent of Donald Trump’s incompetence. I hope it’s enough.