What happened to America’s debt obsession? 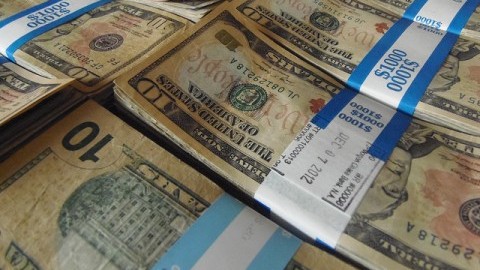 Just four years ago, America was in another election year. Unlike in this election season, candidates were debating actual issues, and one in particular was discussed ad nauseam: the national debt.

Fast forward four years and, regardless of the fact that actual issues have been rarely discussed, we have heard virtually nothing about the national debt, especially from Republicans. When Mitt Romney was running against Barack Obama in 2012, his go-to attack on the President was his handling of our nation’s debt.

Romney’s prediction did in fact come true; the national debt currently stands at just under 19.7 trillion dollars, according to the U.S. Treasury Department. That being said, one would think that Donald Trump and the GOP would be in full attack mode against President Obama, Hillary Clinton, and the Democrats on the issue.

However, that line of attack has been seldom used from the right during this election cycle. There is a very good reason for this; Donald Trump’s economic plan would increase the debt by $5.3 trillion over the next decade, according to the Committee for a Responsible Federal Budget. Hillary Clinton’s plan, on the other hand, would only raise the debt by $200 billion according to their analysis.

With this analysis in hand, it has actually been Clinton and the Democrats blasting Trump over how his plans would affect our nation’s debt.

“Independent experts have looked at what I’ve proposed and looked at what Donald’s proposed, and basically they’ve said this, that (his tax plan) would blow up the debt by over five trillion dollars and would in some instances disadvantage middle-class families compared to the wealthy,” Clinton said during the first presidential debate.

This sounds a little bit like Romney’s attacks on Obama just four years ago, doesn’t it? It should really raise red flags in the eyes of all Americans that neither side seems to be too committed to their argument against reducing our national debt. In reality, they both know the truth: we do not have a debt problem. If we were really in any trouble, treasury bills (which basically represent an investment in the United States government and our monetary infrastructure) wouldn’t be the safe haven of risk-averse investors, who actually consider them a zero risk investment.

Countries have been running on debt for hundreds of years. The United Kingdom, in particular, has been running a deficit since they were batting Napoleon and fighting in the War of 1812. In all developed countries, debt has a similar trajectory: you have more of it in bad economic times (like the Great Recession), and less of it in better times (like the tech bubble). The United States is no different.

Our current external debt as a percentage of GDP currently stands at 104.5 percent. That’s fairly high, but it’s far from the worst out there; Japan is well over 200 percent. Our number is even less surprising when you remember that we are still recovering from the worst economic downturn that our country has faced since the Great Depression.

While there are a number of great studies that argue for deficit reduction while a country boasts a strong economy, there just isn’t a lot of credible and unbiased research out there that make a strong case for slashing government spending during a downturn or a recovery. In fact, the most influential study advocating for austerity was rebuked by a University of Massachusetts Amherst graduate student just a few years ago.

Not only is it smart for governments to invest in an economy while it is struggling, but it is also the cheapest time to do so. Interest rates are at record lows all around the globe, and the positives of borrowing and investing far outweigh the negatives of doing nothing at all. In fact, I would argue that we haven’t been investing enough in our still struggling economy. It will be far more expensive for us in the long term to sit and do nothing.