Why Kim Kardashian is a role model 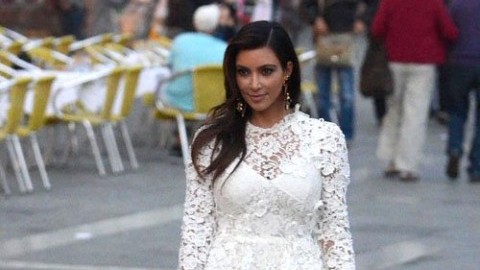 A tech industry titan, a social media guru, an entrepreneur and a loving mother and wife. This is Kim Kardashian, a woman who is believed to be a talentless leech in today’s media.

She works seven days a week, 365 days a year. She has a net worth of $140 million in hard-earned revenue and publicity.

Yet, she is a Kardashian, and for this she is shamed. All of her accolades tossed aside like dirty laundry because she values exterior beauty and material things amongst hundreds of others.

But this perspective needs to change. The perspective of a woman being vain and stupid if she’s attractive needs to be set aside. Because every time Kardashian’s most recent purchase in Paris is discussed, or the value of her estate in California is argued over, time is being wasted in refusing her potential as a role model.

In 2007, life handed Kardashian lemons – sour might they be – in the form of a now infamous private video that went viral. In a little less than a year, she made lemonade through her television series “Keeping Up with the Kardashians.”

For a supposedly talentless celebrity, Kardashian quickly learned how best to brand herself and exactly what that entailed. She may not be famous for her voice like Adele, or her acting abilities like Meryl Streep, or even her clothing line. But she is famous for her intelligence, her quickness and her clever luminosity.

After gaining a following from her reality show, Kardashian used her popularity to become an ambassador to several brands including Fusion Beauty, OPI nail polish, ShoeDazzle and Beach Bunny. By endorsing these various brands not only did she earn more income, she kept her name relevant to the public. And that in itself is the artistry behind the entire Kardashian enterprise: They know how to keep themselves relevant, always being sure to maintain their carefully crafted image.

With 84.8 million followers on Instagram and 48.4 million followers on Twitter, Kardashian has more than proved that she is a publicity genius.  Kardashian, who manages all of her own social media accounts, uses her profile to share ad campaigns, cutesy family pictures and more controversially, the pride she takes in her body and womanhood. In fact, some of her most disputed posts have been those showing off her workout progress or post baby weight loss.

Various celebrities have spoken out against her “naked selfies,” framing them as another ploy for superseded attention in the media. She is slut-shamed, questioned and name called.

One of the more brutal critiques often believed to be directed toward her comes from pop star P!nk’s Instagram saying:

“Shout out to all of the women, across the world, using their brains, their strength, their work ethic, their talent, their ‘magic’ that they were born with … It may not ever bring you as much ‘attention’ or bank notes as using your body, your sex, your tits and asses, but women like you don’t need that kind of attention.”

Amongst the many problems of anti-feminist hate speech within P!nk’s critique is that of inaccuracy. Because in reality, Kardashian has used her intelligence, strength and work ethic to become the woman she is today.

Kardashian writes her own narrative. And if she didn’t have a work ethic, why wouldn’t she have simply stopped after becoming a reality star? Why would she have continued on to expand her skillset and persona?

Since becoming a reality star, Kardashian has not only dominated the world of social media, she has successfully entered the world of technology. The Kimoji app which gives fans emoji’s inspired by the Kardashians, has been incredibly successful and has brought in reportedly over $100 million.

By entering the tech world and broadening her portfolio, Kardashian has truly earned the title of “business mogul” that Forbes magazine has given her. She is a powerful Hollywood executive.

But since an aspect of her brand is her own sexuality, she hasn’t been given the same respect as the other business mogul’s that Forbes has had grace its covers.

Kardashian proves she isn’t just an industrialist, she is a role model.  She uses her social media to promote body-confidence, something the media has often failed to do.

At the end of the day, a woman who can overcome a private video going viral to later cultivate an entire business empire and become a loving mother and wife is a role model in my opinion.

Samantha Gonda can be reached at [email protected]