A final look at the life and career of Leonard Cohen 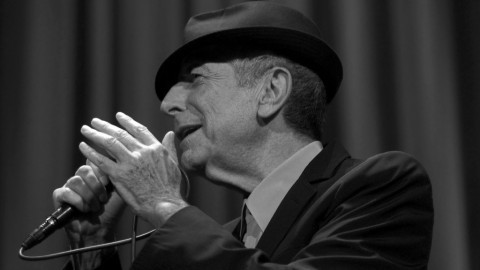 In one of the final interviews he conducted over his five-decade career, a “New Yorker” piece with David Remnick released just weeks ago, Leonard Cohen managed to make headlines with just five words.

Acknowledging his failing health with nonchalance, he simply said to Remnick, “I am ready to die.”

To his legions of devoted fans around the world, this obviously came as a devastating revelation. But when the ensuing outpour of concern reached him days later at a Q&A session in Los Angeles, Cohen said “I’ve always been into self-dramatization. I intend to live forever.”

Sadly, the first of Cohen’s statements proved to be more pertinent, as he passed away last week at the age of 82. They also both reveal something far deeper about the legendary singer/songwriter and poet. Though far from the first to grapple with his personal demons in his work, Cohen was always unusual in his candor, determined to give his audiences full, unadulterated pictures of his experiences.

This was evident from the very first song on Cohen’s landmark 1967 debut album, “Songs of Leonard Cohen.” “Suzanne,” a masterpiece of romance and longing, is a fairly simple song at heart, relying mostly on Cohen’s uncertain voice and circular acoustic fingerpicking. What drives the song though, is Cohen’s evoking of Suzanne Verdal, a friend he met in his native Montreal.

Cohen immerses the listener in his vivid experiences with Verdal; from the evenings he spent with her listening to the boats crawl through the St. Lawrence River, to the afternoons he spent having tea with her (“she feeds you tea and oranges that come all the way from China”) Writing in the second person, Cohen literally puts you in his shoes, enabling you to relive his memories as if they were your own.

Other masterful paeans to lost love—like career highlights “So Long, Marianne,” written for his former partner Marianne Ihlen and “Chelsea Hotel No. 2,” written for Janis Joplin—were just as intense and lucid, to the point where Cohen felt the need to apologize decades later for the latter song, as he felt it was disrespectful to Joplin’s memory.

For his entire career, Cohen had a deeply complex relationship with love. He was never fully able to bask in its glow, nor was he able to be at peace without it. On “Chelsea Hotel No. 2,” he sings “You got away, I never once heard you say/I need you/I don’t need you/I need you/I don’t need you.” The axis around which the song spins is the snapshot of the moment in which the affair occurred, and the jumbled mess of emotions Cohen feels when reflecting on it after Joplin’s untimely death. Love’s presence in the song, as it is in the rest of his catalog, is overwhelming, but ultimately impossible to pin down.

Love, though, was not the only infinitely complex subject Cohen tackled in his music. War, in both its metaphorical and literal manifestations, also makes numerous prominent appearances in his discography.

“The Partisan,” Cohen’s adaptation of the “La Complainte du Partisan,” an anthem of the French resistance in World War II, is one of his most powerful recordings. Through his tense guitar work and solemn voice, Cohen captures the full desolation and inhumanity of the war (“through the graves the wind is blowing/freedom soon will come,” he sings) and the tiny flickers of hope that kept the fight going even in the war’s darkest hours.

As much as love and war play out as broad themes in Cohen’s body of work, it is another, even broader topic that perhaps looms the largest in his legacy. Spirituality and religion, which played large roles in Cohen’s personal life, is a constant undercurrent of his work, frequently injecting his music with an imposing, almost mythical aura of authority.

This is typified by the song for which Cohen will forever be identified with, the much-covered “Hallelujah.” Through the unfortunately glitzy 80s production, Cohen’s voice booms with earth-shaking power, evoking the Biblical characters of King David, and Samson and Delilah. Though immortalized with covers by John Cale, Jeff Buckley and over a hundred other artists, the song’s elegant grandeur is unmistakably Cohen’s.

It’s impossible to summarize Cohen’s life’s work in the space that I’m given, and I highly doubt I’d be able to succinctly even if I had more. But, it isn’t hard to convey that Cohen was singular; an artist who released his first album at the age of 33, wrote his biggest hit at 50, and only began to tour arenas in his 70s.

In these few selections from his catalog though, one can catch a glimpse of what the world lost this past week: a bold, powerful voice that never shied away from candidly addressing his own story, and from themes far bigger than himself.