Does your vote count? 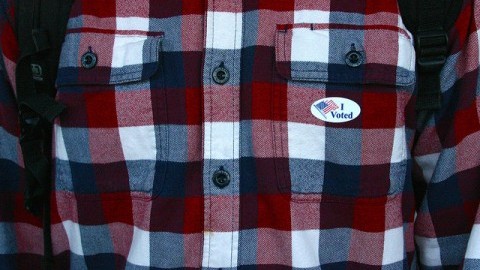 Across college campuses, organizations like the Massachusetts Public Interest Research Group (MASSPIRG) have been enthusiastically pursuing “get out the vote” campaigns ahead of the November 8 election. MASSPIRG launched a campaign earlier this month encouraging students to register to vote, and providing them with information about the complicated registration process. The general consensus is that millennial voter turnout is extremely underwhelming. In fact, in the 2012 presidential election the voter turnout rate for those aged 18-24 was only 41.2 percent.

With this in mind, one can see why these programs try to encourage more young people to vote. After all, it is our future being determined in these elections. The biggest reason many disenfranchised youth don’t vote is a skepticism about the meaningfulness of their ballots. This raises the important question: Do our votes count?

The answer is complicated. If you live in Massachusetts, the answer is no as far as the presidential election is concerned. The fact of the matter is that the Electoral College system causes our entire election to boil down to a handful of states, hence why President Barack Obama recently told North Carolina voters that the “fate of the republic rests on their shoulders”. In reality, states like Florida, North Carolina, Ohio, Michigan, Pennsylvania, as well as a handful of others will determine who the next president is. So what does that mean for Massachusetts’ voters?

FiveThirtyEight’s 2016 election forecast gave Hilary Clinton a 99.8 percent chance of winning Massachusetts. So, besides the important local elections and referendum issues, what is the point of your presidential ballot? Under the Electoral College system, there isn’t one. It doesn’t make the slightest difference whether Clinton wins the Bay State by a margin of 5 percent or 50 percent, either way she will receive the same number of electoral voters.

The Electoral College system disregards the public vote, and replaces it with a system that values the votes of some citizens more than others. In the 2000 presidential election, Democratic nominee Al Gore won the popular vote, but lost the presidency to George W. Bush on electoral votes. This quite literally means that more citizens voted for one candidate, yet an archaic system meant another got elected. Clearly, this system does not best represent the interests of the people. The only way for such a result to occur is if one citizen’s vote is worth more than another, which is simply undemocratic. In fact, James Madison and the Federalists created the entire Electoral College system to serve as a “rational filter” against the will of the people.

In this presidential election, concerns about the Electoral College have proven to be especially relevant. Throughout the campaign, one candidate has lead in the national polls by a wide margin, but the electoral map remains much more contested. Under our current system, if you’re a Trump voter in California or a Clinton supporter in Texas, your voice was not heard on November 8. My only hope is that someday, the will of the majority of the American people will be realized, and that we will one day vote to abolish this outdated, undemocratic system.