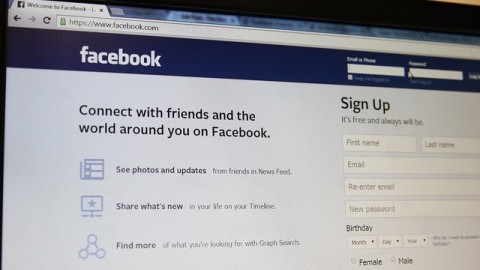 During the recent Presidential Election and its ensuing results, I have heard some liberal friends of mine talk about blocking or unfriending their conservative friends on Facebook, and I understand the rationale behind this. Rather than force ourselves to listen to people we disagree with, it is easier to remove them from our feeds altogether. I know that, at least for me, when I hear an opinion I disagree with or an opinion that I feel is flat out wrong, I become upset and have the urge to argue. Having read Facebook and YouTube comments sections of people arguing, I assume this is true for many others too. Arguments are tiring, and some people feel it is easiest to just block and unfriend.

But blocking and unfriending does not solve problems. They make it easier to scroll through Facebook, yes, but those two tactics also create an opinion echo-chamber. When we only listen to the voices with agree with, it results in ingroup bias. We find it more favorable to listen to people and sources we agree with. Though this causes us to lose sight of what others believe and we can become out-of-touch with the views of our peers. If you found yourself saying last Wednesday, “I can’t believe Trump won,” this may be because you have not been listening to the complaints of the other side of the political spectrum.

It is no secret the country is incredibly divided at this moment. I voted for Hillary Clinton and the apprehensions of those discriminated against in this country are completely valid. We need to fight to make sure that this country is a safe place for its citizens and that people’s rights are not allowed to be stolen from under our noses. President-elect Donald Trump fosters hate. He fosters hate toward minorities and he fosters hate toward the right. Yet, the best way to remove hate is to appreciate and listen to each other.

Despite my liberal bias, this message is true for people with any beliefs, whether they be authoritarian, libertarian, right-leaning or left-leaning because if we at least understand where the other side comes from, we can better understand how to move forward as a country that works for as many of its citizens as possible. That is why I implore you not to block or unfriend the people you disagree with on Facebook because we need to remain open to ideas we disagree with and even ideas that make us uncomfortable.

During discussions with my peers, I have heard an argument in support of blocking or unfriending, which is that “if some people do not respect me or listen to me, or even feel I deserve basic human rights, why should I listen to them?” This points to the nuance of this topic. Some conversations are constructive, with each person maybe agreeing to disagree in the end, but coming out with a better understanding of their peer. The goal should be to have constructive conversations. But of course, that doesn’t always happen and some conversations turn into vile, garbage-filled septic tanks. Also, I have heard the point of view that other people’s opinions can be too much to deal with, even if one does not carry out an argument. Because of examples such as these, I can understand why people block and unfriend. However, the goal should not be to remove as many friends as possible, but to keep as many friends as possible.

The goal should not be to succumb to ingroup bias. We should stay strong and learn from the people we both agree and disagree with so we can make the country more unified as we move forward. We should not block and unfriend but learn and accept.