Food justice is better together 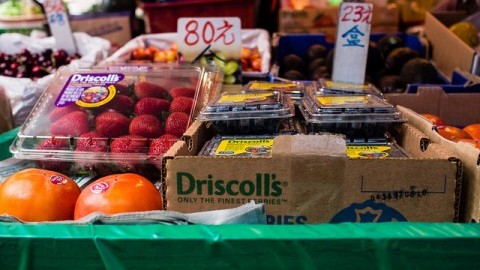 Activism around food justice connects the organizing efforts of nearly all progressive social movements. Among them are movements for racial and gender equality, immigrant and labor rights, sustaining the natural environment, public health and nutrition, accessibility for individuals with disabilities, wealth and income equality and community development. Food has cultural, social and creative dimensions. However, it also fulfills a basic human need. For all of us, our choices surrounding food are extremely personal, and they largely represent our relationships within our communities and interactions with our environments.

It is true in modern society that processes of industrialization and capitalistic development have resulted in the mass production of food, which is an assembly process that too often neglects the workers involved and exploits the environment. Throughout the food processing system, working conditions are dehumanizing and wages are low. Animals are often exploited in the factory farms that have evolved from the need for consolidated corporations. Despite Rachel Carson’s warnings in “Silent Spring,” pesticides and other chemicals are used indiscriminately to minimize losses in the harvest.

According to “Food Justice” by Robert Gottlieb and Anupama Joshi, the movement for food justice brings focus to these issues, but expands far beyond this by “seeking to challenge and restructure the dominant food system, …providing a core focus on equity and disparities and the struggles by those who are most vulnerable, and…establishing linkages and common goals with other forms of social justice activism and advocacy.”

Some of the most visible and widely discussed efforts within the movement for food justice are individualistic and unorganized. Conscious consumerism involves the idea that the way an individual spends their money can impact labor and environmental practices along a supply chain. It is a well-intentioned but ineffective strategy for social change. First, it is a way of subverting the system that is only accessible to those of higher economic status because it involves the purchase of more expensive alternative products (though they may have organic or fair trade certifications.) These efforts to support workers and the environment actually have little impact for multiple reasons.

Part of the problem stems from the widespread set of low standards for certifications in the fair trade sphere that increase the presence of goods labeled as fair trade on the market but do little to improve working conditions or transparency in the supply chain.

By choosing to spend money only on products of certain brands or with certain certifications, there is very little potential to manufacture financial loss for companies that do not practice worker justice or sustainable treatment of the environment. Those efforts are not coordinated in line with specific objectives. When a front is not united, the impact is divided and almost negligible.

In contrast, the recent boycott of Driscoll’s berries was a concentrated effort of consumers in conjunction with an effort of the labor movement. Similar in many ways to the movement led by Cesar Chavez and the United Farm Workers in the 1960s, organized consumer boycotts that occur in solidarity with worker protests can actually put financial and social pressure on companies, resulting in real change for laborers.

That is to say, voices are of greater volume (and are more likely to achieve their common goal) when they speak together. There are many ways to participate in the movement for food justice that are not individualistic. There are ways that involve conversation with the greater community and efforts toward a better future.

Just engaging in dialogue about the way social issues intersect with the food we eat and showing up (in whatever way that happens for you) when people are organizing for change can be a lot more effective than an individual-level approach.