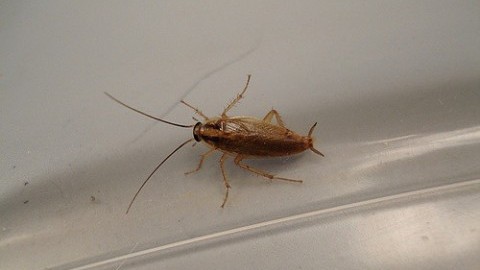 From the middle of December 2015 to the first week of January, three health complaints were filed against the Lone Wolf Cafe in downtown Amherst for spotting cockroaches in the restaurant, one of which was inside a customer’s omelette.

In a complaint sent to the Amherst Health Department Lisa Wilson wrote, “My daughter and a group of her fellow nursing student friends went to The Lone Wolf [and] their omeletts came with bugs in them and one of the girls found a live bug in her napkin. Needless to say, the restaurant did not charge them for the food and they left to eat somewhere else. I noticed on Yelp another person had the same experience there. I find this disgusting to say the least.”

Two days later, a complaint was filed by Paula Pietromonaco, saying that a cockroach scurried across the table in front of her while a waitress showed no surprise.

The health inspector’s office quickly began investigating and discovered a cockroach infestation caused by excess water leaking in the building. “The problem is that cockroaches feed on moisture,” said Amherst Director of Health and Community Services Julie Federman.

“On every inspection I have made following up on these complaints by patrons, I have seen ample live and dead cockroaches to classify this as a deeply rooted infestation,” wrote Amherst Health Inspector Edmund Smith to the owners of the building, Shirley and Ting-Wei Tang, in an order to correct.

The restaurant began receiving routine pest treatment, however numerous corrections orders showed that up through October the building owners and the owner of the restaurant, Robert Watson, had been noncompliant in fixing all the leaks.

The Massachusetts Daily Collegian was not able to reach Watson for comment.

The restaurant received another complaint on Sept. 12 from a customer who spotted dead cockroaches on the floor. A month later, the Amherst Board of Health suspended its catering license.

However, on Nov. 11 the Lone Wolf Cafe had its catering permit reinstated after less than a month of having it stripped.

“On November 4, 2016, the health inspector, as authorized agent of the board of health, conducted an inspection and determined that an imminent health hazard no longer exists,” wrote Susan Malone, an Amherst Health Inspector, in a letter to Watson.

Malone’s report on the reinstatement still noted trapped cockroaches, dishwasher repairs that looked like they were not holding and a possible water leak in the storage closet.

“A very close eye is going to be kept on this by the health inspectors and the restaurant owner,” said Federman.

Federman explained in an interview with the Collegian that finding cockroaches in a restaurant does not mean it has to be shut down. “Finding a couple of cockroaches in a building is not necessarily unusual,” she said.

Federman told the Collegian that it is currently safe to eat at the restaurant.