Phora puts his heart into new album ‘With Love’ 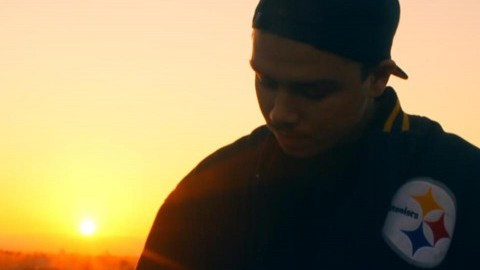 Anyone looking to stray from mainstream rap will be pleasantly surprised with the unique sound and genuine lyrics of underground West Coast rap artist Phora.

With a prominent 90s hip-hop influence, raw but poetic lyrics and enticing stories about life’s struggles, he is far from your typical rapper. If you haven’t heard his name yet, expect to soon. On Oct. 11, the unsigned rapper dropped his fifth independent album, “With Love,” and it’s his most emotional and thought-provoking one yet.

Before one can really submerge themselves into Phora’s music and understand his lyrics though, it is important to have a little background information.

Phora was raised by a single mother after his father fell to drug addiction. They didn’t have much, and Phora had already been arrested several times in his youth for graffiti and vandalism. At 15, he was stabbed walking home from school and nearly died from his injuries.

Shortly after, he dropped out of high school and went on to become a freelance tattoo artist to raise money for his rap career. After establishing a small fan base, Phora launched his Yours Truly clothing line, which helped fund his career in addition to eventually allowing him to create his own record label, also called Yours Truly.

Phora’s trials, though, have not evaporated with his growing commercial success. Last summer, he was shot three times when he was driving on the highway, with one bullet barely missing his spinal cord and almost paralyzing him.

Many of these past experiences have greatly influenced his music, encouraging his fans to love and respect one another instead of partaking in violence and crime.

Like on each of his other albums, Phora follows this same uplifting tone on “With Love,” while at the same time venting about his self-doubts, family issues and the internal struggles he faces on matters such as faith. Most of the album’s songs have a slow tempo with piano and string embellishments on top of soft, relaxed beats and frequent features from female vocalists.

“Sinner,” with its heavier beat, touches on the subjects of drug and alcohol abuse, religion and depression. Phora admits to his dependency on alcohol and having suicidal thoughts because he feels like he’s “losing himself” to a cruel world in which all he hears is preachers preaching about “sinners gonna die.”

These powerful lyrics are belted out passionately by Phora, whose voice cracks with emotion throughout the song. This though, only adds to the dramatic effect and makes one really hear Phora’s heart and soul. The music video that accompanies this, one of the album’s most powerful songs, ends with a message on the screen that captures the theme of the song perfectly; “Don’t let the ways of the world enslave you.”

On the title track, Phora tells a story from the earliest days of his music career. Still broke, the young rapper almost chose to rob a bank with a friend. That same day, he ran into someone who told him that his music helped him cope with the death of his son and encouraged him to keep rapping.

This person ultimately saved Phora’s life, as his friend was later shot and killed while robbing the bank. Phora’s message here is a powerful one: don’t give up on your dreams—keep pushing and you will be rewarded, or in Phora’s case, it will save your life.

“Fake Smiles,” is an emotional song about how people hold onto the past and pretend to be okay when they’re not. This also touches on depression, and how it affects not only the person suffering from it, but also those around them, with Phora claiming “we hurt the ones we love because of our pain.”

Phora’s “With Love” definitely has a depressing atmosphere, but that atmosphere is comprised of nothing but real, raw, human emotions. He says what everyone is afraid to admit about themselves—that everyone has weaknesses and makes mistakes. He does this by admitting his own mistakes, which helps his fans relate to him, but does so in the form of poetry.

After listening to the entire album, Phora feels as close as a best friend. His is a new kind of rap, one that doesn’t glorify drinking, doing drugs, having money or living the fast life, but gives others something to relate to. He has a positive message to give in this world and it deserves to be heard.

Though fans of J. Cole, Logic and Hopsin will especially like his music, anyone who likes rap or even just poetry will appreciate Phora and his new album.

Cienna Hiersche can be reached at [email protected]