The triumph of anti-intellectualism 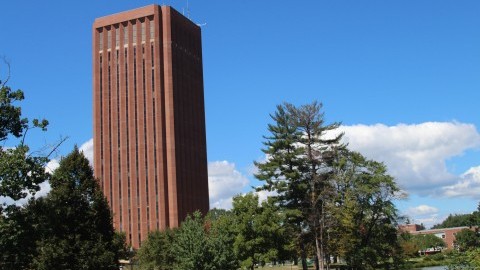 There is a cult of anti-intellectualism in our country, and it did not arise in a single election cycle. Donald Trump represents the newest low in this downward race to the bottom, but there is surely room for further regression. Science fiction writer Isaac Asimov summarizes this phenomenon as the belief that, “democracy means that my ignorance is just as good as your knowledge.” The anti-vaccination movement, the denial of evolution by 33 percent of our population, the rise of the common core model of education and the election of a failed businessman and former reality television host as president are all merely symptoms of this disease.

Textbooks in Texas have revised history to present American colonists in a better light. Abstinence-only sexual education now makes up 23 percent of the sexual education provided in public schools in the United States, up from just 2 percent in 1988. According to a Gallup poll, 18 percent of Americans believe that the sun revolves around the earth. A 2015 study showed that 41 percent of Americans believe that humans and dinosaurs once inhabited the earth simultaneously. 50 percent of American adults cannot read books written at an eighth-grade level and 45 million are functionally illiterate. Of course, statistics can be deceptive, but the sheer volume of these claims suggests anti-intellectualism is a legitimate concern for our country.

This doctrine of regressiveness spills over into unexpected channels. Cable news has adopted the model of entertainment television, made clear by the unmistakable similarities between the coverage of presidential debates and the Super Bowl. For his shock value, Trump was rewarded by being mentioned around 60 percent of the time any presidential candidate was discussed on national television in the last year.

Even universities are not immune to this trend, with focus shifting from critical thinking to job preparation and from genuine intellectual inquiry to “value-free” research.

The dumbing down of America serves a number of special interests. The rejection of science and the fact of climate change, the aversion to knowledge of history and international relations and the resistance to thoughtful debate in lieu of violent, substanceless attacks all serve to bolster the case of anti-intellectualism. Distrust of knowledge undermines the defenses we have against charismatic elites, who would seek to divide and agitate while discreetly consolidating their own power. A lack of information regarding foreign affairs allows the military-industrial complex to continue to manipulate policy and profit from the United States’ endless waging of war abroad.

An uneducated population is a disempowered one. The ability to share and benefit from knowledge has allowed human beings to progress to this point. I urge you to challenge the rhetoric of anti-intellectualism and consider the power structures that stand to benefit from such an arrangement.