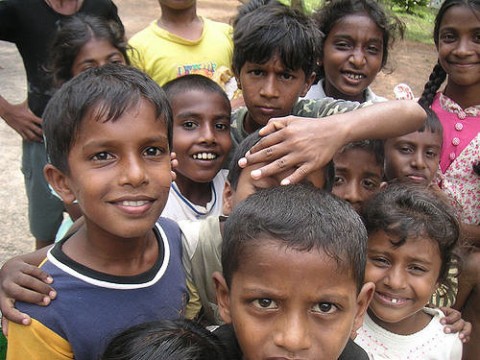 I’m not here to talk about the election. I think that by now, we have exhausted all political conversation that we can handle. Clinton is a liar, Trump is a train wreck and some people just want some Bernie Sanders back in their lives.

While dodging some of the more explosive articles in The New York Times that are addressing last-minute thoughts on the election, I came across an article about Chobani yogurt. Oddly enough, the article also happens to be about refugees.

Many students, like myself, have griped about the yogurt that the University of Massachusetts dining halls serve, based on the claim that it is not healthy or nutritious enough. Don’t get me wrong, I love the pink and purple gelatinous yogurt that they serve with some granola sprinkled on top, but plain Chobani yogurt is my all-time favorite and ultimately has more nutritional value, so shoveling down tons of it comes with less guilt.

So how do we connect yogurt and the refugee crisis? It begins with Chobani’s founder Hamdi Ulukaya, a Turkish immigrant of Kurdish descent, who lived out the classic immigrant success story. He bought a nonoperational yogurt factory in upstate New York, bought another facility in Twin Falls, Idaho and now has over 2,000 employees making Greek yogurt that is sold to the masses.

Ulukaya began his successful business in New York in 2002, making and selling feta cheese inspired by a family recipe. He would go on to buy a local dairy factory that had closed down by taking an $800,000 loan out from the Small Business Administration.

While building his new business, Ulukaya realized that he needed more manual assistance and recruited refugees from a nearby town to work at Chobani. He gave a talk this year and said, “The minute a refugee has a job, that’s the minute they stop being a refugee.” Ulukaya has made it his life’s mission to help alleviate the refugee crisis in any way that he can.

An immigrant himself, Ulukaya employs more than 300 refugees at his factories, started a foundation to assist migrants and traveled to the island of Lesbos in Greece to see the crisis firsthand.

The effort Ulukaya has made to help refugees has made him the target of racist attacks on social media and articles on far-right websites. One conservative website published a story entitled “American Yogurt Tycoon Vows to Choke U.S. with Muslims.” Breitbart, another conservative news vehicle, began publishing a number of injurious articles about Chobani as well.

Seeing this, I began to really think about all the unkindness in the world. Forget this ridiculous election in which the two contenders for the presidency have spent more time attacking each other’s personal lives than tackling real issues. They have received enough attention as it is. I grew sad as I read the NYT article, thinking about all the people focused on bashing a man who is simply trying to spread some kindness in the world.

I didn’t think there would ever be a link between yogurt and immigrants. I also never thought that society would be so determined to drag each other down or that yogurt could become a political hot topic. I for one have developed a newfound respect for Chobani, and not just because I’m sick of the pink and purple yogurt.