‘Loving’ is simple, honest and a rare beauty 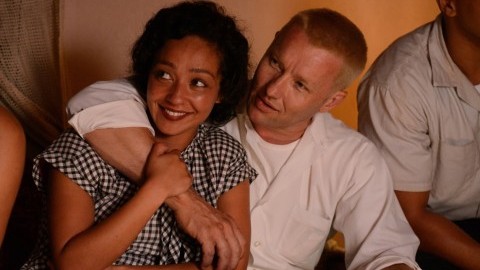 Writer-director Jeff Nichols is often a minimalist with storytelling. He simply relies on his characters and their lives. He is not a director known for using superfluous action, explosions or dialogue – and his latest film “Loving” is no exception.

“Loving” traces the true story of Mildred and Richard Loving. The film starts off with our two protagonists who are young and in love, played honestly by Ruth Negga and Joel Edgerton. The two don’t need to say much to make the viewer feel they belong together. It’s the way they move and interact with each other that proves they fit like a lock and key.

They get married and plan to spend the rest of their lives together. Richard buys a piece of land and builds a home for Mildred and their new family and fittingly places their framed marriage certificate above their bed. Then one night their peaceful, honest and blissful world is desecrated and invaded by intruders. These intruders are police officers arresting them because in 1958  Virginia, interracial marriage was illegal.

Nichols brilliantly enlivens his simplest screenplay yet. He doesn’t overtly tell the audience anything about the conflict of the film until the characters do themselves. He allows the viewer to fall in love with this young couple and root for them earnestly. As such, I found the reason they could not be together in their home just as offensive as Mildred and Richard did.

Nichols also brings back composer David Wingo, who has worked on most of his other projects. These two blend together just as beautifully as James Cameron and James Horner or Steven Spielberg and John Williams. Wingo knows exactly how to advance the story through his music. He allows us to understand how the Lovings are feeling and what they’re thinking. This is especially laudable since both Mildred and Richard are introverted and meek.

Negga transforms into Mildred, a shy and timid young woman, who first looked to her father for guidance and direction and then her husband. It isn’t until her children are born that she becomes more proactive and self-confident.

Edgerton is equally as compelling as Richard, who is cold and aloof to anyone but his family. He wants only to protect his family from the harsh ignorance of the law as well as the scrutiny of the media. Mildred and Richard don’t say much and when they do they are soft spoken, yet their eyes and body language say so much. This is something that clearly fits into the fabric of the Deep South where they live, yet sticks out once they are forced to move to Washington, DC.

Nichols doesn’t have any new tricks in this film and that’s why it works so beautifully. The film doesn’t spend more than five minutes in the courtroom and we barely hear or see lawyers arguing their respective case. It is not simply a drama with heavy-handed or self-congratulatory concern for civil rights, but rather an intimate film about two ordinary people in love trying to live their lives in peace.