Capitalism must be fixed, not replaced 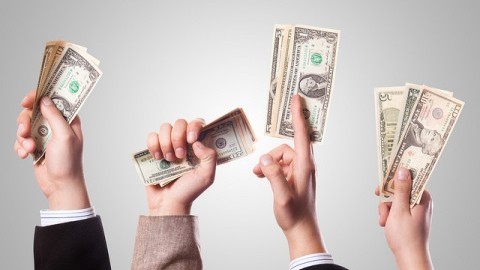 There is no question that economic frustration is at levels this country has not seen in a very long time. Though the unemployment rate is below five percent and the stock market is breaking records, the large majority of Americans are not experiencing this prosperity, as wages have been stagnating for decades. Indeed, a recent Marketplace poll found that 62 percent of all citizens think that our economy is rigged in favor of certain groups.

As I have said in my previous articles, economic frustration is what has driven a populist movement in the United States as well as in many other countries. Trump won because, in addition to Clinton’s inability to connect with most voters, he was the only one to offer a message of economic change. Unfortunately for the American voter, Trump’s economic policy is shaping up to be a classic example of trickle-down economics, which is not exactly the change many were looking for.

But the American voter does have a point: we do need a change to our economic system, but not quite as drastically as many liberals are looking for. Starting during the primary season and now especially after the election, there has been a big uptick in the calls for a socialist system. However, I doubt the large majority of these people actually would want a socialist economy, as it just does not fit with the goals and lifestyles of America.

For reference, the World Socialist Movement describes the ideal socialistic system by saying “Production under socialism would be directly and solely for use. With the natural and technical resources of the world held in common and controlled democratically, the sole object of production would be to meet human needs. This would entail an end to buying, selling and money.” I don’t think that you will find many people who are actually looking for a system where there is no more entrepreneurship, monetary compensation for work, and excess production for leisure.

But at least the populist movement on the left is trying to push the economy in the right direction. For years, the right has successfully been able to scare the populace about the disastrous effects of “big government.” Reagan swept into office in the 1980s on the idea that “government in the problem, not the solution,” thus ushering in the age of the “free market.”

This sentiment resulted in almost 30 years of deregulation to almost every industry imaginable, especially the financial industry. The negative side effects of deregulation were not immediately apparent. On the contrary, deregulation can actually improve the economy short term, as bubbles begin to grow. It would not be surprising to see something similar happen in the Trump administration.

But the problem with the “free market” is that it is a very ignorant idea, which assumes that the only result of government regulation is holding back business from reaching its full potential. However, the main purpose of regulation is protection for consumers and of the overall economy. The inflation and eventual popping of bubbles caused by deregulation is bad for the economy in the long term, and they worsen our country’s inequality issue.

A truly free market would be completely unstable for both consumers and businesses, as no activities would be out of bounds. People would be defrauded left and right, and consumer confidence would disappear. With no demand, the economy itself would completely collapse.

The idea of a free market is simply a myth. The market itself does not exist without a set of rules set by the government or another regulator. The argument of free market versus government intervention is purely designed to distract us from the real debate, which is whether the rules of our economy should be in place to protect the consumer, or if they should protect businesses.

That is the real problem we have now. The rules of our system currently favor business and the financial industry, not the average American consumer. Our fight should not be against capitalism, but against the rigged version of capitalism we are currently living in. The lack of regulation that is still entrenched in our economy stifles competition and consumer demand, and encourages unstable growth that disproportionately benefits the already financially well-off.

I still deeply believe that a fair and regulated capitalist system provides the best path to prosperity for our country. It is our job to shift the discussion away from free market versus intervention, and toward how to fix capitalism for the majority of Americans. Let’s make capitalism great again.