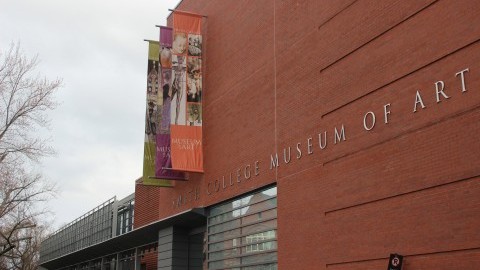 On Friday, Smith College and SEIU 211, the Local 211 union that represents Smith’s Dining and Housekeeping employees, will be meeting to continue labor contract negotiations that have been ongoing since April.

SEIU 211’s demands have remained largely unmet for the past few months. These include higher wages, extended time for federal leave, and, most notably, a limit on the hiring of temporary workers.

In the current contract, workers are treated as temporary employees during the three months of summer. Workers also have to bid on summer hours, regardless of the amount of years of experience an employee has worked for the college.

Smith has also been criticized for their extensive hiring of temporary workers. In 2015, Smith gave temporary employees 3,000 hours of work, differing from past years that have stayed in the range of 300 to 400 hours. In their negotiations, SEIU 211 is insisting that the college set a limit of 2,000 temporary hours per year, versus the 4,500 that management recently proposed.

In a statement released by Smith College on the same day as Newman’s show, the school wrote that the idea that they hire temporary workers in order to limit the hours of permanent workers is “entirely untrue.” Smith released its statement in response to what they argued were “several inaccuracies and distortions,” about the negotiations presented by the media.

“While temporary employees are hired to fill in for staff on medical leave or to support fluctuations in catering operations (not the regular operation of dining rooms in student houses), these positions are always offered first to willing and eligible Local 211 employees,” read the press release on the Smith website.

SACA, the Smith Association of Class Activists, is a student organization that has coordinated multiple sit-ins to show their support for the Smith employees, protesting in front of Smith College’s Human Resources Department in Northampton. They also co-organized a teach-in with SEIU 211 in September, where they educated students about the contract negotiations.

Two more meetings are scheduled for contract negotiations, including Friday’s, according to Associate Vice President for College Relations at Smith, Sam Masinter. In a written statement to the Massachusetts Daily Collegian, Masinter stated Smith “hope[s] to have the contract settled soon.”