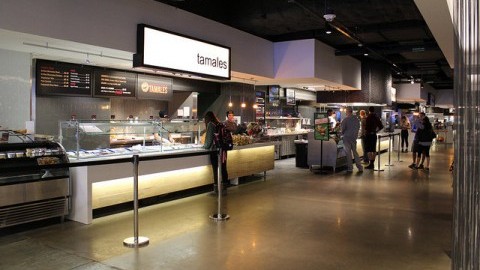 The Student Government Association passed a motion at its last meeting of the 2016 fall semester to reduce the availability of straws from retail dining locations in order to lessen waste.

The proposal calls to remove straws from customers’ direct access, but they will remain behind counters upon request. Blue Wall, Harvest, Pete’s Coffee and the dining commons markets are the targeted locations for the proposal.

There is no concrete date this proposal will take effect, but SGA Secretary of Sustainability Ainsley Brosnan-Smith hopes to implement it next semester.

Lids with a sipping hole will replace lids with a straw hole on cups. Straws will remain available behind counters for frozen beverages until another solution is found.

Information regarding the change will be posted at Blue Wall registers, according to SGA Senator Timmy Sullivan, who co-sponsored the proposal with Brosnan-Smith.

Brosnan-Smith and Sullivan intend to reduce the amount of waste produced by the University of Massachusetts.

“Twenty percent of UMass’ waste is composed of food and food accessories, such as straws,” said Brosnan-Smith. “We would like to limit straws from the visual temptation of the public as it will help cut down on waste,” she added.

Sullivan said that despite the promotion of recycling, straws still end up in landfill receptacles.

“The best way to reduce our waste is not to replace single-use items with compostable versions, but to institutionalize zero-waste programs,” he said.

The SGA posted a survey to each class’ Facebook page listing the details of the proposal including its impact on waste production and straw availability behind counters.

The proposal received an 80 percent approval rating from 164 respondents. It was approved by 86 percent of freshman, 87 percent of sophomores, 68 percent of juniors and 50 percent of seniors.

The SGA then debated the proposal. Those in favor echoed Brosnan-Smith and Sullivan’s sentiment, saying it’s a step toward making the planet greener.

“We have the chance to be more sustainable and just do one little change,” said Ways and Means Committee Chairman Jeremy Tibbetts. “If we want to do things that are right for students and right for the planet, we can take a small step to make it a little bit harder to harm the planet,” he added.

Those against the proposal, including Secretary of University Policy Lucas Patenaude, want to address sustainability issues, but argued that the proposal didn’t have enough facts and figures to work with.

Secretary of Public Relations and Recruitment Tyler O’Day argued that the proposal poses a barrier for disabled students.

“I ask that we think about students that this policy will affect. The rush on this policy is unnecessary, and I would like to see those contingency plans for students with disabilities before we support this matter,” he said.

Brosnan-Smith said she empathizes with O’Day’s concern. She said she spoke with the SGA’s Secretary of Diversity Stephnie Igharosa, who will work with Disability Services to find other options for disabled students.

“Catering to all students in a non-discriminatory manner is our absolute priority. It is by no means our intention to isolate members of the student body,” said Sullivan earlier that evening.

After the contentious debate, the Senate passed the motion with 29 “yes” votes to 17 “no” votes, with two abstentions.

Brosnan-Smith said similar sustainable initiatives are possible. She mentioned the possibility of providing free reusable cups and straws for students to the Director of Residential Dining Services, Garett Distefano. She said he likes the idea and will look into implementing it.

Sustainability Manager Ezra Small, Director of Retail Dining Services Van Sullivan, and Blue Wall General Manager Shiang Sobieski agreed to implement the proposal as long as it had student support, according to Brosnan-Smith and Sullivan.

They said student environmental organizations like the Climateers and members of Talking Truth, the Sustainability Fellowship Program and the Eco-Rep Program also support the proposal.

Sullivan said they will continue meeting with retail dining administrators to ensure the program is successfully implemented. He said solidifying a concrete plan is their next move, rather than commencing the program immediately.

“The next step is a conversation, not a direct implementation,” he said.

Brosnan-Smith will soon meet with Van Sullivan, who is glad students are taking this initiative.

“Students are asking to reduce waste, and that’s a big deal,” he said.

UMass is ranked 41 on the Top 50 Green Colleges by Princeton Review. Sullivan said he’d like to propel it to the top 10.

Editor’s Note: Student Government Association’s Sustainability Manager Ezra Small never supported the initiative as confirmed by SGA Secretary of  Sustainability Ainsley Brosnan-Smith who stated she forgot to remove his name from the resolution. All other names on the document were and still are in favor of the initiative according to Bronsan-Smith.