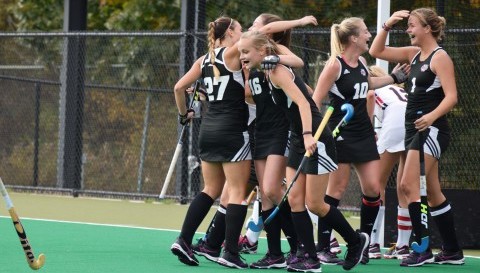 The Massachusetts field hockey team will have a new coach come next season.

Weinberg comes to Amherst after manning the sidelines as associate head coach and recruiting coordinator with Wake Forest the previous three seasons.

“Barb has tremendous credentials as both a player and coach which will positively impact our program moving forward,” Bamford said in Thursday’s press release. “She is well-prepared to lead her own program given her experience working with some of the most respected coaches in the sport. Our staff and student-athletes look forward to Coach Weinberg’s arrival and the work she will do to continue the national prominence of UMass field hockey.”

Weinberg began coaching as an assistant with Iowa in 2008. She then took assistant jobs at Maryland (2010-13) and American University (2013-14) before Wake Forest. The Demon Deacons were NCAA tournament bound in both seasons Weinberg was on the staff and won the Atlantic Coast Conference in 2014. Weinberg was a two-time All-American at Iowa and three-time All-Big 10 performer in her playing days with the Hawkeyes.

“I am extremely honored to take the lead of the UMass field hockey program,” Weinberg said in the statement. “I have great respect for the rich history that coaches and players of the past have created and look forward to building upon this tradition.”

The Minutewomen finished 2016 with a 14-8 (6-2 Atlantic 10) record, winning the A-10 conference tournament for the fourth time in the past five seasons. UMass fell to No. 2 Maryland 2-1 in the first round of the NCAA tournament this year in penalty shots.