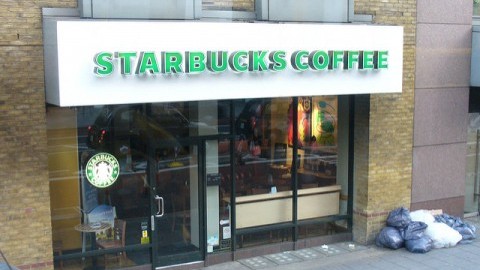 “I broke no laws. I merely took a chance with my heart,” is a quote from a 37-year-old man who asked a 16-year-old Starbucks barista on a date while she was at work. That’s just one example of the countless times that men have harassed women at their jobs. The most common forms of harassment are sexual or otherwise disturbing comments. Unfortunately, this is a common occurrence for any young woman who works in a retail or service job, just as many of us do. Sometimes it’s an inappropriate comment; sometimes it’s physical. This behavior from customers seems inescapable, especially in a job where “the work environment privileges the customer and emphasizes customer satisfaction,” as Karen D. Hughes and Vela Tadic found in their study of sexual harassment of women by customers. There’s an expectation of deference and friendliness toward customers, many of whom interpret a smile and greeting as a sign of interest, when these behaviors are actually requirements of the job.

I’ve often wondered why some men act this way. Sometimes I’ve tried to explain it away by thinking that “he was just trying to be nice,” and I’ve even fallen into the trap of blaming myself for it.

One particular memory from a summer job stands out to me. After getting his ice cream, a man told me, “The counter is sticky.” I replied that I was sorry about that and would clean it up right away. He repeated himself, and I again said that I would clean it up. He reached over, grabbed both of my wrists and put my hands on the counter. I pulled my hands away immediately, shocked. I didn’t know what to say, so I didn’t say anything. He walked away, enjoying his ice cream.

With that customer, I wondered to myself afterward if I hadn’t been taking his complaint seriously enough and if he was just trying to get his point across clearly. But that wouldn’t justify his actions. It’s never okay to invade someone’s personal space like that. It doesn’t matter if that person is an employee and you’re a customer, you’re two people who should treat each other with respect.

Actions like this seem to result from a combination of sexism and taking the idea that “the customer is always right” to an extreme level. The men who act this way have a lack of respect for women and a lack of respect for anyone in a service job. Often, harassment can be a way to assert their power.

So how do we fix this problem? Some have said that women who are dealing with this problem should leave that job for a different one. When Donald Trump was asked what he would suggest his daughter, Ivanka, do if she were harassed at work, he replied “I would like to think she would find another career or another company if that were the case.” However, his proposed solution for this – like his proposed would not actually work. Harassment can be found anywhere.

What might actually work is teaching men to respect women. People who witness customers harassing employees should speak up and let the customer know that it’s unacceptable. The 37-year-old man mentioned previously was banned from that Starbucks, showing one possible solution for the most extreme cases.