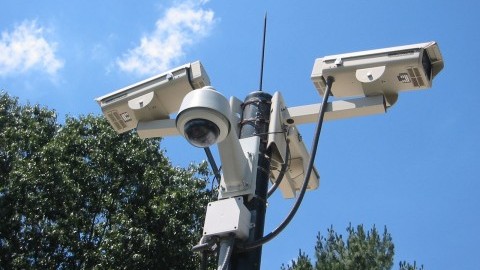 Barack Obama is no longer the president, but some of his actions may still significantly affect us in the coming days. Namely, in early-mid January, he gave 16 agencies­, including the Department of Homeland Security, the Federal Bureau of Investigation, and the Drug Enforcement Administration, access to information collected by the National Security Agency’s (NSA) controversial (and arguably unconstitutional) warrantless surveillance program. In essence, the incoming Trump administration will have a much easier time targeting private citizens using information gathered by the controversial PRISM program.

This should be alarming to anyone who cares about privacy. The American Civil Liberties Union has described this sort of spying, conducted with little to no oversight, as blatantly illegal and in violation of the Fourth Amendment. Most of this data was previously only accessible to the NSA. However, opening it up to other agencies means that there is a far greater threat.

Advocates of the NSA will claim that there should be nothing wrong with granting wider access to this data. The common refrain is, “You shouldn’t be worried if you have nothing to hide.” I believe the comic artist Zach Weinersmith refutes this idea rather succinctly:

“Everyone has something to hide and usually no one cares. By surveilling everyone, you catch the benign breaches of law and taboo,” a character in his comic says while being monitored. “If the public are all guilty, the executive part of the government can selectively enforce laws…which defeats the whole point of separation of powers.”

Expanding access to this warrantless data will therefore only increase the power of the executive office. Regardless of the morality or legality of doing so, some might have believed that the executive office would not misuse this power and only use it to stop national security threats. However, in the past year, we’ve learned not to believe conventional wisdom very much. Former President Obama essentially weaponized the power of the federal government and subsequently handed it over to someone he believes is unfit to serve.

People might have been willing to accept such programs under what they perceive to be a benign administration, but let this be a reminder that power can and will be transferred, and when it is, it will most certainly be used for different purposes than intended. In Trump’s administration, if all agencies have access to personal data on every individual, there is very little to stop them from abusing this power. Perhaps this means selectively targeting and arresting political opponents and dissenters for breaking the law, while ignoring supporters who do the same. Perhaps, as it did for the fictional Frank Underwood of “House of Cards,” this means covertly collecting voter data to rig elections. Or perhaps this means using the information exactly as intended, with no ill intentions.

The problem is, no one knows. There is absolutely no way for any citizen to know how the government is using this power, and with Trump’s record on transparency, it seems we’re not likely to find out. Even if the latter case is true, and the Trump administration only uses this vast amount of power for necessary occasions, there is no oversight and no way to independently verify that it is not being abused. This runs in direct contrast to the constitutional vision of a government constrained by the people.

How can this be stopped? Well, it really can’t. We’ll just have to wait and see what this incoming administration does, and try to hold them accountable when something goes wrong. However, this serves as a valuable lesson to all political parties in the future: do not give excessive power to the federal government, because it can and will fall into the hands of the people you least want it to.

In fact, this rule holds true for the legislative branch as well. In 2013, congressional Democrats voted for a “nuclear option” that would drastically reduce the Republicans’ power to block presidential appointments. Now that there is a Republican president making the appointments, Senate Minority Leader Chuck Schumer says he regrets it. Had the old system been in place, Democrats might still be able to block many of Trump’s controversial Cabinet picks.

The take-away from this is that all rules can and will be abused. The public may have perceived Bush and Obama as relatively benign, conducting warrantless surveillance only for our own good. But there’s nothing benign about unconstitutional spying. Although there’s no telling as of yet how Trump will use this power, it’s not far-fetched that he, like his predecessors, will also continue the unchecked expansion of executive power. However, with a less-charismatic figurehead, people will hopefully be a bit more careful before allowing the federal government to expand its authority and take away their constitutional rights. Donald Trump has promised to “drain the swamp” of Washington; let’s wait and see if he’ll also “drain the swamp” of executive power.