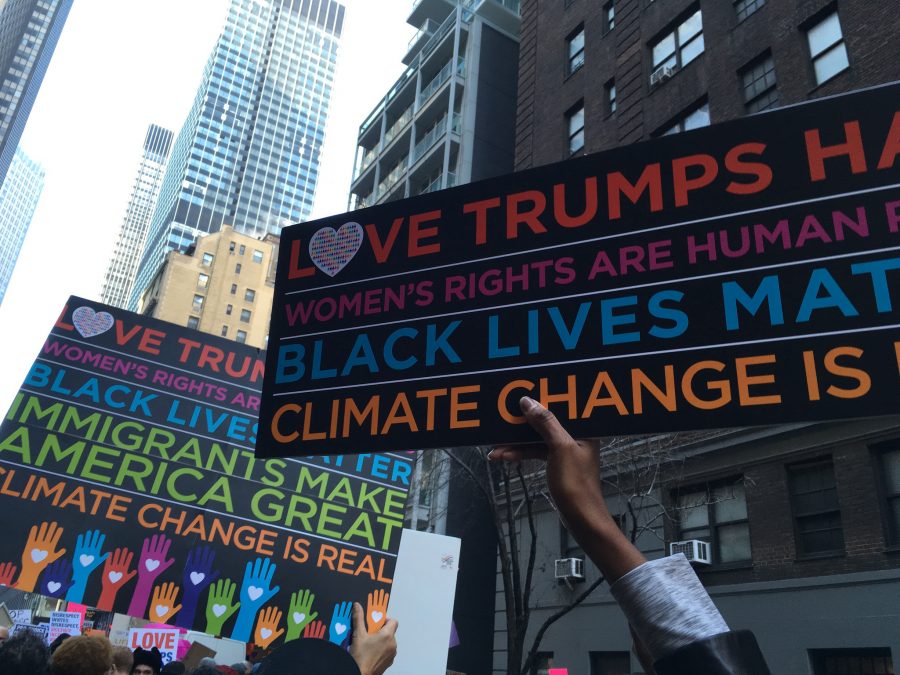 The Boston Women’s March and the Women’s March on NYC were just two of the many marches held around the world on Saturday, Jan. 21, 2017. Thousands of people took to the streets to protest the presidency of Donald Trump. Photos by Judith Gibson-Okunieff, Kate Leddy, and Tess Halpern.