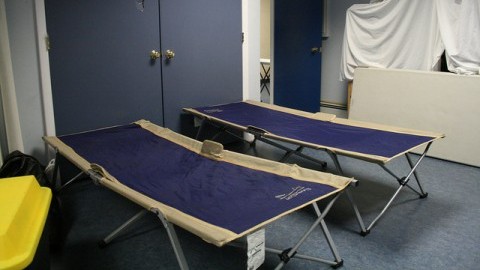 State funding for the homeless shelter Craig’s Place was restored on Dec. 14 after over a month of the funds being frozen, according to a report by MassLive.

The state legislature initially provided the Amherst shelter with $200,000 in the budget, but Governor Charlie Baker placed the funding on hold at the beginning of November.

While the funds were frozen, the shelter hosted a GoFundMe page in order to generate money from community members to allow it to operate throughout the winter if the funding was to be cut entirely.

“Over the last six years, I have gotten to know a lot of the guests who come to Craig’s Place, and they are amazing individuals,” said Rebekah Wilder, executive director of Craig’s Doors, the organization that operates the shelter.

“Craig’s Place has become a home to them, and it’s hard that they [were] put in this position where that may be taken away,” said Wilder.

In a message that she wrote to volunteers and donators, Wilder thanked Governor Baker, Senate President Stan Rosenberg and State Representative Ellen Story.

“We are deeply grateful to Governor Baker for choosing to #SaveCraigsPlace,” the organization wrote.

The organization continues to host the GoFundMe page, which has raised $10,401 in two months. Donations will help to provide case management services to clients, help them to move into permanent housing and support long term stability to shelter services.

“Our shelter is one of only two in Western Massachusetts that takes people in whatever condition they are in when they arrive. As long as guests are able to be respectful to their fellow guests [and the staff], they are able to stay,” Wilder said.