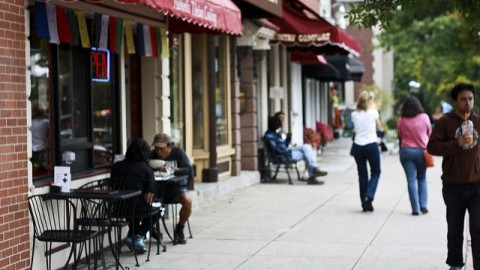 One of the four individuals arrested in December for trafficking women at a local massage parlor has had her bail reduced.

Following her arraignment at Eastern Hampshire District Court Dec. 15, 2016, two days after the arrest Liu’s bail was set at $500,000, along with her husband, Jian Song, 48. On Wednesday, the amount was reduced to $100,000 for Liu, though her attorney, Alfred Chamberland, disputed for the bail to be set at $20,000, according to the Gazette.

Chamberland also argued for the dismissal of the charges of trafficking an individual for sexual services and deriving support from prostitution, according to the Gazette. The requests to dismiss these charges were denied.

Liu and Song, both residents of Sunderland, their daughter Ting Ting Yin, 26, of New Hyde Park, New York, and Shuzi Li, 52, of West Springfield denied charges stating they brought people from New York to areas in Northampton, Hadley, Framingham, East Longmeadow and Agawam to be trafficked for commercial sex.

According to Alan Borowski, Detective Lieutenant of the Northampton Police Department, the department’s investigation into the human trafficking ring, which began in March of 2016, is currently closed.

Li, accused of trafficking women from Flushing in Queens, New York to spas in Northampton and Agawam, is expected to be back in court on Feb. 10 after appearing in court in Northampton Jan. 12, according to 22News.

Yin denied all charges in court Dec. 21, 2016, stating that she did not know her parents were using the massage parlors for sexual trafficking.

She was then released by the judge under the conditions to give up her passport, to stay away from the massage parlors and workers in Hadley, East Longmeadow and Framingham, to not leave the country and to report to her parole officer every week.

Yin was in court on Jan. 18 for her pretrial hearing, according to 22News.

The Eastern Hampshire District Court’s office said Yin will be back in court on Feb. 23.

Carson McGrath can be reached at [email protected] and followed on Twitter @McgrathCarson.