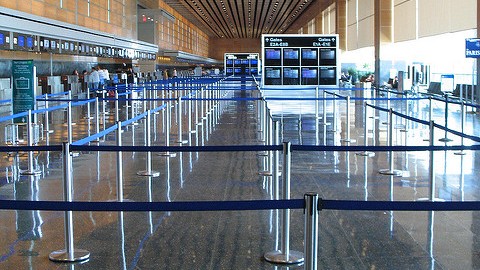 Three students with ties to the University of Massachusetts have been barred from entering the United States as a result of an executive order issued by President Donald Trump this past Friday.

According to a press release from UMass, “University officials are working to assist one graduate student, one undergraduate student and one visiting scholar who have been unable to enter the United States following the president’s order.”

On Jan. 27, Trump signed an executive order barring all people from Iraq, Syria, Iran, Sudan, Libya, Yemen and Somalia from entering the United States and suspending the U.S. refugee program for 120 days.

Of the three UMass students detained, the undergraduate and graduate students are both from Iran, and the visiting scholar is from Syria.

The University’s International Programs Office is in contact with these students to help them assess the president’s order and what steps they need to take to gain legal entry to the United States, according to the UMass press release. Additionally, IPO is providing support and regular updates on immigration matters to international students.

The news of these three students being barred from entering the country comes on the heels of news that another individual with ties to the University was detained this weekend.

Early Monday morning, MassLive reported that a PhD candidate at the University, Alireza Ghodrati, was detained at Boston Logan International Airport this weekend after traveling to Iran last Thursday to attend his father’s funeral.

Ghodrati, a green card holder, was held in customs for four hours on Sunday before being released. According to MassLive, “White House officials told the New York Times that green card holders could apply for a waiver to return to the country, which would be approved on a case-by-case basis.”

The Boston Globe reported that Ghodrati’s wife, Maryam, is a naturalized citizen. The couple lives in Hopkinton with their 10-year-old son.

Ghodrati’s wife said that after hearing news of the executive order, her husband cut his trip short and missed his father’s memorial, as he was worried about being let back into the U.S. “For two whole days, I was just sitting by CNN, listening to the news, calling the airports,” she said.

Along with the University’s efforts to make international students feel safe and welcome, Amherst residents have also pledged their support.

Several hundred people gathered on Amherst town common to protest the ban, and a petition was passed around calling for the town to be made a sanctuary city.

Jami Dunn can be reached at [email protected] and followed on Twitter @JamiDunn.