‘Paterson’ looks at everyday minutiae through the lens of a poet 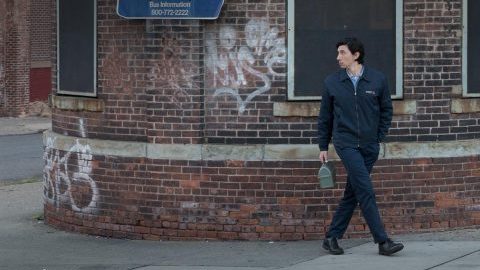 There are moviegoers that go to the cinema to watch movies with other people, and there are those who go to see a reflection of themselves. Those who are trying to see themselves through cinema are looking for a window into their humanity. What is it that makes us, us?

“Paterson,” directed by legendary American director Jim Jarmusch, is a film that will be best appreciated by those who desire to engage in self-reflection. The movie doesn’t attempt to thrill you or bring you to the edge of your seats, rather, it is a work that looks at the nuances of everyday life, finding the beauty within the mundane and elevating this beauty to a level of great cinematic poetry.

The brief portion of a life that the film follows is that of a young bus driver named Paterson. Paterson, who is played by the increasingly prolific actor Adam Driver, quite coincidently happens to live in Paterson, New Jersey, the location in which the events of the film occur. The Paterson-related connections do not stop with the bus driver’s name and the city he lives in. Paterson is also an amateur poet, writing in his free time between work breaks, with his personal favorite being none other than William Carlos Williams, a Paterson native whose magnum opus happens to be titled “Paterson.”

Humor and quirky coincidences are therefore ingrained into the film from its beginning. “Paterson,” has many laughs, and also contains a few moments that provide tender smiles through their genuine portrayal of human nuance and folly. Thankfully, the humor never feels overdone. Rather, it enables the viewer to recognize that some of the smallest moments that occur throughout the day are humorous if looked at from the right perspective.

Growing up only 15 minutes away from the city of Paterson, I was baffled with the news that a film was being made about a city that was located anywhere close to my hometown. What on earth, I thought, could the plainness of northern New Jersey have to offer anyone actually interested in creating an engaging story? That was until I learned that the film was being made by Jarmusch.

Knowing Jarmusch’s reputation well, I knew that he could take what an average person might find to be mundane or cliché and turn it into a work of great interest. Give Jarmusch vampires, he’ll film them playing rock and roll. Give Jarmusch a samurai, he’ll have hip-hop genius RZA score his adventure. Give Jarmusch three prisoners, he’ll give you back three jesters. No matter what Jarmusch has touched, and no matter what its original influences were, his films have always remained definitively his own.

Jarmusch takes the film to a subtle, beautiful, almost heavenly place. In “Paterson,” poetry is no longer only heard from the mouth, but seen in letters on the screen. With breathtaking cinematography, Jarmusch transposes the poems of Paterson the bus driver and poet over the faces and hands of the passengers on the city of Paterson’s buses. As Paterson continues to develop the poems in his head, his lines are further transposed next to gorgeous rushing water and the face of his wife. The effect is breathtaking.

“Paterson” is a slowly-paced film with enough interesting dialogue and rich environment to keep a viewer with patience hooked. Regardless of the fact the film is somewhat inaccessible to those who demand more event-filled stories, “Paterson” remains one of Jarmusch’s best films to date. Jarmusch has always thrived in building his worlds and characters at an appropriately naturalistic pace, and those who are willing to sit through “Paterson” not as a form of escapism but rather to gain a greater insight into their own selves will find great value in the film.

Not since Jarmusch’s great independent classic “Stranger Than Paradise” has a film used so little to say so much. Film lovers should hope that, like Paterson the poet, Jarmusch remains inspired by the beautiful chaos that occurs in everyday life.

William Plotnick can be reached at [email protected]