’20th Century Women’ is a love letter to women across generations 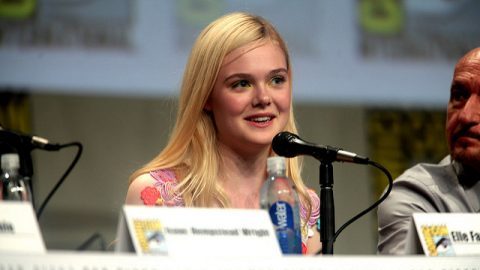 Like his 2010 film, “Beginners,” Mike Mills’ “20th Century Women” evokes a style which whimsically places his complex characters in the center of a generational story. The experimental flair within the film’s cinematography and complementary score only ties together the light humor of the emotionally investing work.

The jigsaw puzzle of memories Mills presents is seen through a single coming-of-age point, the year 1979, in which Dorothea Fields (Annette Bening) is a single mother raising her only teenage son, Jamie. In order to better understand Jamie, she seeks the help of her tenant Abbie (Greta Gerwig), an eclectic artist with Bowie-esque hair, and Jamie’s 17-year-old best friend Julie (Elle Fanning), a disillusioned teen with a classic 70s cool-girl aura.

It is during the time of adolescence when society, ideology and culture have the biggest impacts on a person’s character. In many cases, the story’s older figures have the upper hand in this influence. Mills paints not only a coming-of-age story for a teenage boy, but also shapes the complex stories of the women who surround him.

The film could more or less show a realistic portrayal of motherhood and girlhood, but in a broader aspect, it’s about how the women in Jamie’s life are able to fill the world, themselves, and his own life with their strange and wonderful ways of being. Each of their lives intersect while the counterculture of the 1970s is reflected through Mills’ perfect visual displays of Californian summer days, the second wave of feminism and the generational differences between each character.

The mode of storytelling in the film is lightly comical but also solemn at times. Mills’ classic way of giving background is to provide voiceovers that bluntly tell the character’s stories as they are, echoing Wes Anderson’s dollhouse-like view of the past.

What Mills does best is not to incorporate tropes or overbear the screen with characters that are too idiosyncratic. He creates real, complicated women with stories that captivate through a quirky and creative cinematic lens, something Hollywood tends to lack.

Though flashbacks often come off as tacky, the scrapbook of moments portrayed in “20th Century Women” are emotional, and sometimes absolutely hilarious. The best thing supporting the gorgeous filmmaking is the distinctive dialogue and personality that exudes from each character.

Dorothea and Jamie’s exchanges are utterly smart and enigmatic, and the film’s statement on modernism is enforced in scenes where the historical events that provide the film’s backdrop are humorously reflected. Jamie is highly influenced by the women in his life — and the result is less an in-your-face feminist perspective than an authentic snapshot of transitions and vulnerability. For instance, at one point he gets beaten up after denouncing another boy’s sexual experience due to his understanding of the female anatomy.

He takes the guidance of Julie despite his love for her, and attempts to understand her provocative and moody definitions of intimacy. He attempts to understand his own mother, moments the film addresses in a melancholy but inspiring portrait of Dorothea’s impact on her son towards the film’s conclusion. Gerwig, Fanning and Bening make the movie through their stunning performances, which evoke remarkable levels of dimension and depth.

Through pictures and clips of the 20th century, we become full with the knowledge of the future, and of the fast pace of the modern world, which was then so rapidly turning into what society has become today. “20th Century Women” reflects on growing up and understanding these confusing and wonderful times. Despite being set in the 1970s, the story is something both nostalgic and current, to which audiences can find resonance through their own perceptions of the world around them.

We are able to drift in and out of the stories of these women and this teenage boy. The film is a love letter to the warmth of family and the mundaneness of growing old. The characters narrate their beginnings and their ends rather casually, but in a way that charms us; a way that romanticizes the good, the bad and the mediocre times of life itself. Mills shapes the picturesque end of the 1970s, just before the age of Reagan, modern technology and the overwhelming sense of finality that came with the end of the 20th century. He turns this visual diary into a piece full of vibrancy, wit and grace, and we can’t help but laugh and cry until the end.

Ariya Sonethavy can be reached at [email protected]