Editorial: Journalism in the age of Trump 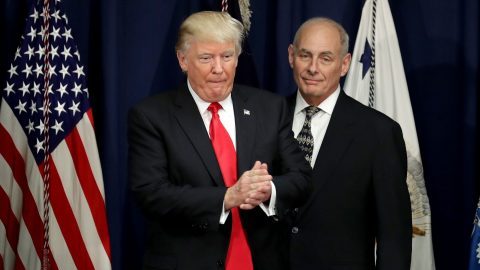 Forty-five percent. Seventy-one percent. Eighty-five percent. These were the projected predictions from Fox News, FiveThirtyEight and The New York Times, respectively, that Hillary Clinton would win the presidency. They weren’t alone. We were also so overconfident in our belief that Clinton would win, that originally, we had only prepared an article for her win instead of preparing for either Clinton or Donald Trump.

These miscalculations resulted in an American populace that has grown to mistrust the media, an issue exacerbated by Trump’s ongoing conflict with news organizations, even referring to them as “the opposition party.” These predictions were rooted in the way that Trump was made into a character from the beginning – a joke not to be taken seriously. Months went by and Trump sailed through the primaries while news media such as CNN and MSNBC continued to emphasize the content of his tweets rather than his specific, articulated policies. By using Trump for ratings rather than focusing on their role as an outlet for information, the media provided Trump with hours of free airtime while taking time away from the other presidential candidates. Meanwhile, the voices of working class America weren’t being heard, or accurately represented.

If the goal of journalism is to do research, put together an accurate story and reliably present the information to the public, then it is safe to say that journalism failed as a whole in its coverage of the 2016 election.

How did journalists fail to get every side of the story?

What can we, the next era of journalists, do to make sure that going forward, we ensure that this doesn’t happen again?

With major news outlets located in bustling metropolitan areas such as Los Angeles, New York and Atlanta, these media outlets fell into complacency by neglecting to extend their outreach to the areas of America that felt their needs were ignored by the government and its institutions. They failed to take Trump seriously as a candidate and failed to realize that his attacks on familiar institutions and criticisms of the status quo resonated with many Americans who felt left behind by these institutions.

Not only was the American population misrepresented, but news outlets failed to act like unbiased sources of information. Instead, they based their presentation of news in a way they believed their viewers wanted to consume it and did not anticipate the consequences that this would bring.

But beyond the failures of media during coverage of the election process, we need to make sure that those mistakes are not repeated going forward. Trump is trying to silence the media because it isn’t putting him in the ideal light he strives for. He claims that anything he doesn’t like or is a negative view of him is “fake news.” This denunciation extends beyond legitimate criticism to the realm of satire and parody, exemplified when his administration criticized Melissa McCarthy’s segment on Saturday Night Live, calling it “mean” and saying that she “could dial back.” If the Trump administration feels threatened even by jest through parody and satire, then it is close to crossing the line into censorship.

Donald Trump has a history of denying reality, as shown by his insistence that our former president Barack Obama was not born in the United States. This tradition of spreading falsehoods can be seen in the Trump administration, whether it’s Press Secretary Sean Spicer saying that Trump’s inauguration was the most attended inauguration ever, or Counselor to the President Kellyanne Conway inventing the “Bowling Green Massacre,” which never happened. The Trump administration has shown that it values propaganda over truth.

In order to address these forthcoming obstacles, we can continue the positive efforts made during the election by thorough fact-checking as done by NPR and CNN, for example. We can’t blindly trust everything our president and leaders say. Sifting through the rubble of sound bites will be cumbersome and tedious. However, combing between “alt facts” and facts will be an arduous but crucial task.

Journalism is a critical check on power in our system of governance, and with one party controlling both the legislative and executive branch, along with the uncertain future of the Supreme Court, this check is vital.

With statements from our new presidential administration that threaten free speech, such as Chief Strategist Stephen Bannon saying on Jan. 26, “The media should be embarrassed and humiliated and keep its mouth shut and just listen for a while,” journalism needs to make its presence known.

With all due respect, Mr. Bannon, you’re wrong. We will listen, but when facing a propagandist regime, we have an even greater responsibility to seek the truth and inform the American people. Society has the right to be informed and true journalism is a “public good” for that very purpose. In the words of our own UMass community, declared proudly on the Central Residential Area wall, “there are no alternatives to facts,” and nor shall we accept alternatives to facts.