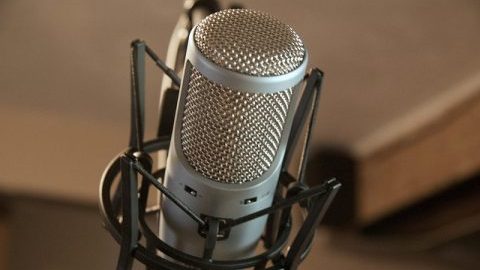 After years of languishing somewhat under the radar, podcasts seem to truly be having their moment in the sun, with new shows constantly pushing the boundaries of the format in every conceivable direction.

Fictional podcasts in particular have come to greater prominence, with shows like “Homecoming” (Oscar Isaac and Catherine Keener) and “The Orbiting Human Circus (of the Air)” (Mandy Patinkin) even attracting established stars of stage and screen.

Many of the best fictional podcasts on the internet, though, don’t have big Hollywood names to lean on, instead relying on ingenuity and craftsmanship to keep listeners hooked. In particular, the broad sub-genre of the “horror podcast” has proven to be a wellspring of immersive, unorthodox, thought-provoking fiction and fantastic audio production. Though none of them can be described as stereotypical “horror,” the spidery narratives of these four podcasts will pull you right in, while simultaneously giving you pause before you fall asleep.

The slogan for this podcast, quite simply one of the best on the web, asks a simple, but probing question: “Do you believe?” After spending a few hours with it, even the most hardened paranormal skeptics will probably find themselves considering that question at length.

Formatted as an extended piece of investigative journalism, “The Black Tapes” follows Pacific Northwest Stories’ (think NPR) Alex Reagan, as she delves into the life and work of one Dr. Richard Strand. Strand is a fascinating, enigmatic character; an academic single-mindedly devoted to debunking the existence of ghosts and paranormal activity. He’s so confident of his stance, in fact, that he offers $1,000,000 to anyone who can offer him proof that he’s wrong.

Unsurprisingly, he receives piles of tapes of supposed paranormal activity, almost all of which he can explain away with infuriating, but perfectly logical reasoning. As Reagan soon learns though, there are a few cases for which Strand has yet to find a logical, scientific explanation. These mysterious, haunting cases are “The Black Tapes.”

Reagan isn’t a consistently reliable narrator, frequently taking the listener on detours through her own struggles with the often disturbing subject matter, and her sometimes rocky relationship with Strand. Far from detracting from the show though, these detours make the story all the more engrossing, by blurring the line between reality and the show’s subject matter.

Another Pacific Northwest Stories production, “Tanis” explores a vague, mysterious and possibly ancient myth of the same name. Hosted by Nic Silver, (who makes occasional cameos on “The Black Tapes,” just as Reagan does on “Tanis”), this wildly ambitious show touches on horror, occultism, science fiction, mythology, corporate conspiracies and fantasy; sometimes all at once.

The show follows Silver as he dives headfirst into a long-form investigation of Tanis, an ancient myth that he calls the “last great mystery” of the internet age. What is Tanis, exactly? Well, that’s the central question of the show, which takes you on a wild journey with Silver as he explores the darkest recesses of the deep web, ancient texts, terrifying cults and mysterious corporations to discover the answer.

While Silver is not nearly as engaging a narrator as Reagan is, and must navigate a plot that’s at times nearly indecipherable, his own struggles with the subject matter at hand provide just as blurry a line between reality and the paranormal as the one presented in “The Black Tapes.” Though “Tanis” is often guilty of trying to follow too many threads at once, its scope alone sets it apart from just about anything else on the web.

Undoubtedly the scariest of the bunch, “Limetown” is a stirring story of human nature, and the dark side of scientific experimentation. Narrated by Lia Haddock, an American Public Radio reporter (again, obviously a stand-in for NPR), “Limetown” tells the story of the small Tennessee town of the same name, which a decade ago was devastated by a baffling tragedy.

A decade before the start of the show, all 300 residents of the town vanished in a single night, without a trace. None of them were ever heard from again. Though she is continually hounded in her investigative efforts by terrifying, mysterious forces who seem desperate to stop her mission, Haddock doggedly searches for answers.

Haddock too, isn’t an entirely objective narrator, as she lost an uncle in the tragedy, and is continually, audibly shaken by the efforts of those who are trying to put a stop to her investigation. Though the voice acting on “Limetown” is impeccable, it’s the extraordinary sound design and production that makes it such a visceral, often chilling listen. Don’t make the same mistake I did, and start it while lying in bed at night.

Created by Night Vale Presents, the company behind one of the great podcast institutions, “Welcome to Night Vale,” “Alice Isn’t Dead” takes the surrealism and creepiness of “Nightvale” and incorporates them into a tale that’s part surrealist thriller, part road movie and part mystery.

Starring the always-remarkable Jasika Nicole, “Alice Isn’t Dead” is the story of a trucker searching for her missing wife. Along the way she encounters towns that appear to be lost in time, strange hitchhikers and is pursued by a malevolent, inhuman creature.

Possibly the greatest of “Night Vale’s” many incredible voice actors, Nicole puts in a performance for the ages, vividly reflecting the mysterious protagonist’s sorrow, confusion and anxiety. Mostly taking place, as it does, on the highway, “Alice Isn’t Dead” will make any lengthy road trip more entertaining, and possibly terrifying.