Give albums a chance 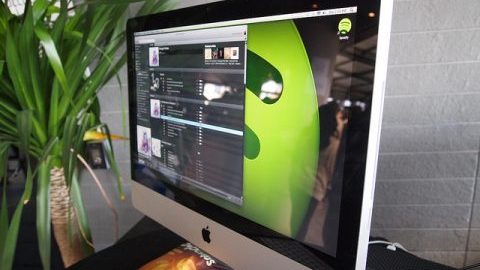 Jidenna, famed for his hit single “Classic Man,” dropped his debut album “The Chief,” on Friday. A rap-sung effort highlighting his versatility with heavy tribal and animal imagery, it is the work of an artist with potential for great things. I wouldn’t call it a textbook concept album, but it’s something close: a complete work with consistent, reoccurring production themes and some sort of discernable, overarching message. A few tracks have potential to blow up as singles and Spotify nerds should definitely add “Trampoline” to their pre-gaming playlists immediately, but few people will ever discover the songs their musically-inclined friends haven’t shown them, and they’ll almost certainly never hear these songs in their intended order.

That’s sad! It’s a brilliant time to be a fan of music: we have access to virtually every album ever made, it’s never been easier to make a playlist, and music has never been more affordable. But we’ve lost some of the artistry that music used to have. Not every album deserves to be listened to in order but many improve when they are. “The Chief” is a current example, but take a smash hit like “Formation” for example. Beyoncé’s lead single for her album “Lemonade” is a joy ride of unabashed Black feminism and definitely the most famous song off of the project. It stands tall on its own. It stands taller as a triumphant finish to a 40-minute drama of infidelity, love and Black pride.

Imagine a world where all media was treated in the way we treat music in the singles era. What if the hit single off of “Pulp Fiction” was the scene where John Travolta and Uma Thurman compete in the dance-off and that’s all of the movie you ever saw? Every day for, maybe, the first three months after the movie is released you sit and watch that scene, out of context, until you’ve moved on to the next hit single off of the next big movie.

Obviously, comparing music to movies is not a perfect metaphor, but it is an apt one, showing how singles diminish both the emotion and meaning of the art. Every college student has heard “Swimming Pools (Drank)” with the lyrics, “Pass out (drank)/ Wake up (drank)/ Faded (drank)/ Faded (drank).” It’s a common party tune for obvious reasons. Outside of “Good Kid, M.A.A.D. City”, its album home, it loses all context. No longer one act of a play describing the perils, sorrows and prides of Compton, California, the song becomes just another song to drink to. While, admittedly, it is a great party song, it loses its intentions and impact as a part of something greater when it is exclusively consumed as an individual work of art.

This isn’t a complete condemnation of our current societal music-listening practices. It’s romantic to think of the days (though I never lived them) when an artist would drop an album and fans would flock to buy it and spend their after-school days lying next to a record player, taking it all in to discuss with their friends the next day. The modern system of being able to listen to whatever you’d like whenever you’d like is an obviously superior model. While pop radio has continued to box us into a particular product more and more, streaming has offered music fans ways to explore their tastes like never before.

We shouldn’t forget about albums, though. Many of us won’t have the time, attention span or will to bang out five albums a week, but an occasional exercise in listening to music the way it was intended could do great things for a generation that has never really experienced music as a story.

The emotion of the music will hit harder, old songs we’ve overplayed may be reborn when reintroduced to their natural habitat, and new meaning will appear through context. Besides that, album listeners are participants in a massive event; there is a sort of binding human feeling of anticipating and listening to a great album with millions of others across the world. “Lemonade,” “The Life of Pablo,” “Coloring Book” and “A Moon Shaped Pool” gave us a chance in 2016 to experience art in unison with people we may never know.

So just give it a try. Pick one of your favorite singles, go to the gym and blast through the whole album.  Or look up when one of your favorite artists is coming out with a new project, talk about it with your friends, get excited and listen to it together one night. It can’t hurt to try something new.